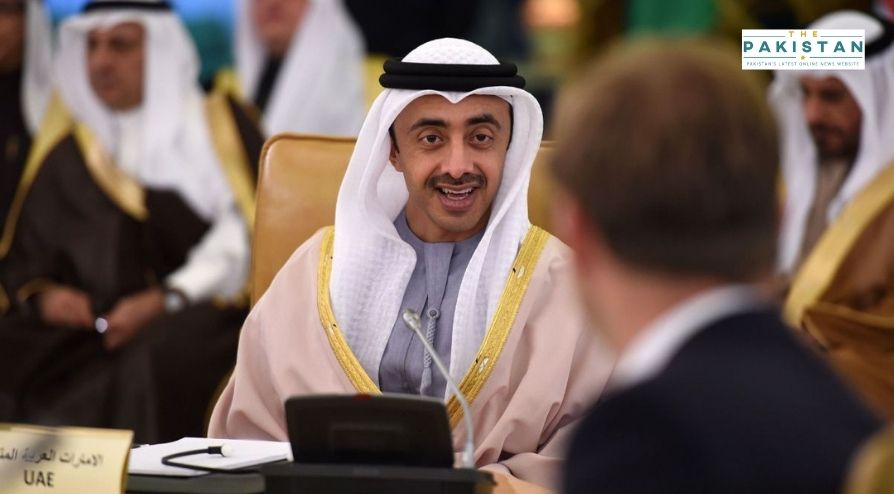 United Arab Emirates Foreign Minister Sheikh Abdul bin Zayed Al Nahyan has said that the visa suspension for Pakistan is temporary as the move was announced after the rise in the Covid-19 positive cases in the country.

FM Nahyan “affirmed the depth of the bilateral relations between the United Arab Emirates and Pakistan, and recalled the keenness of the late Sheikh Zayed bin Sultan Al Nahyan on the relations during the early stages of establishment”.

In a statement, he said that the discussion between the Foreign Ministers of the two fraternal countries included ways to further enhance and strengthen joint cooperation in various fields, consistent with the directives of the leadership of the two countries.

Both sides discussed the challenges and repercussions of the COVID-19 pandemic, economic and investment issues of mutual interest, and prospects for further joint cooperation in order to achieve the aspirations of the two friendly countries and peoples, it added further.

On the other hand, Pakistan’s foreign ministry said that “during his recent visit to the UAE, Foreign Minister Shah Mahmood Qureshi in his meetings with the Emirati leadership inter alia raised the issues pertaining to visa restrictions on Pakistan nationals as well as the welfare of Pakistani Diaspora in the UAE.”

Appreciating the contributions made by the Pakistani Diaspora in the UAE, Foreign Minister Qureshi was assured that the visa restrictions were temporary in nature and were imposed due to the outbreak of the Covid-19 pandemic, it added.

The foreign office also referred to the statement made by the Minister of Foreign Affairs and International Cooperation, H.H. Sheikh Abdullah bin Zayed Al Nahyan, reaffirming the UAE’s appreciation of the 1.5 million-strong Pakistani community and their active contribution to the growth and prosperity of the country.

Noting the interconnectivity of the peoples of the two friendly countries, the statement stresses the “temporary nature of the recent restrictions imposed on the issuance of visas due to the outbreak of the COVID-19 pandemic”, the spokesperson added.