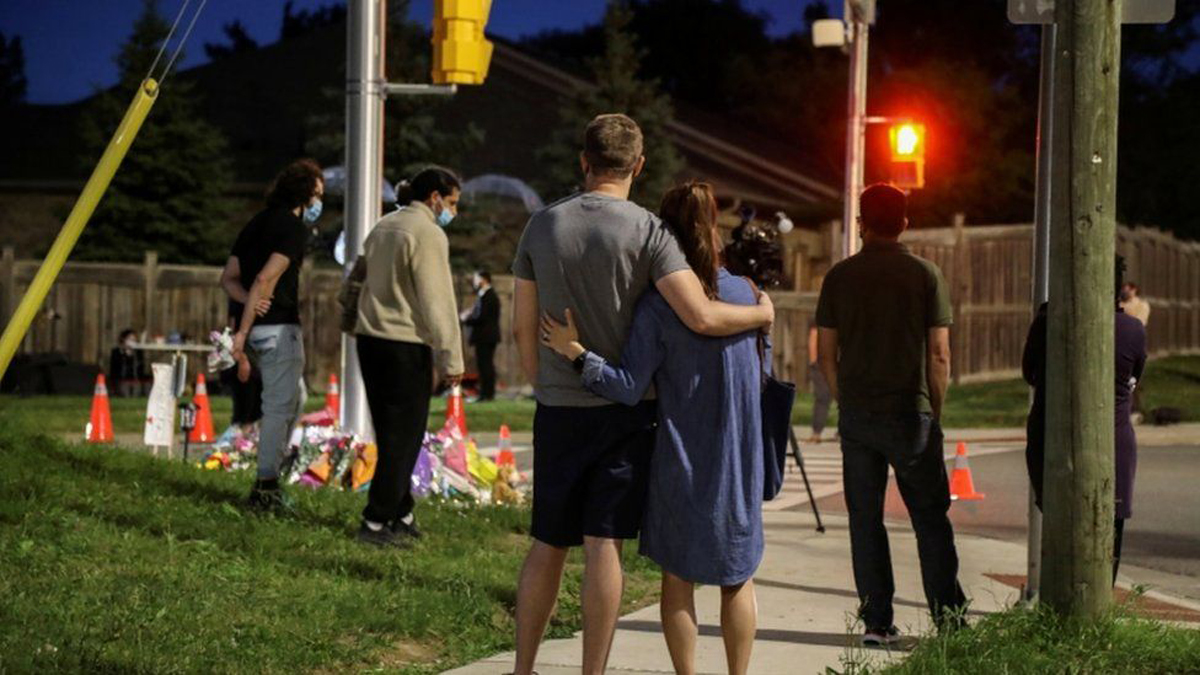 Several hundred people in London, Ontario on Saturday gathered to pay homage to a Muslim family killed by the driver of a pick-up truck, in an attack that has shocked Canadians and people worldwide.

Four members of the Afzaal family — a man, his mother and wife, and their teenage daughter — were on a walk in their neighbourhood last Sunday when a 20-year-old man drove a truck into them on purpose.

A nine-year-old survivor, a fifth family member, was seriously injured.

Police officials term this as a racially motivated attack. The Afzaal family, as per the police, was the victim of a premeditated attack as they were singled out for their Muslim faith. The violence has triggered a nationwide outpouring of grief.

“The Afzaals were the best amongst us,” said Saboor Khan, a lawyer and long-time friend of the family. “Whoever knew them, said that they were the most selfless, the most generous and pleasant of all.”

The loss has sent shocks of anxiety down the spine of Canada’s Muslim community. They are now confronted with the question that are they safe if they step outside of their own safety when they step outside.

On Saturday, several hundred people filled a large football field next to the London Islamic centre. A private ceremony was held, to join in remembrance around the family’s four caskets. All of them were covered with a Canadian flag.

Friends gathering for their funeral prayer, on Saturday, said that they want the Afzaal family to be remembered for more than just victims of a heinous hate crime.

“This family is known to be extremely sweet and hospitable. They were very active in the Muslim community of London,” said Asad Choudhary, head of London Islamic School where a couple of the victims attended. “They were smiling and always had positive words to share,” he told the press