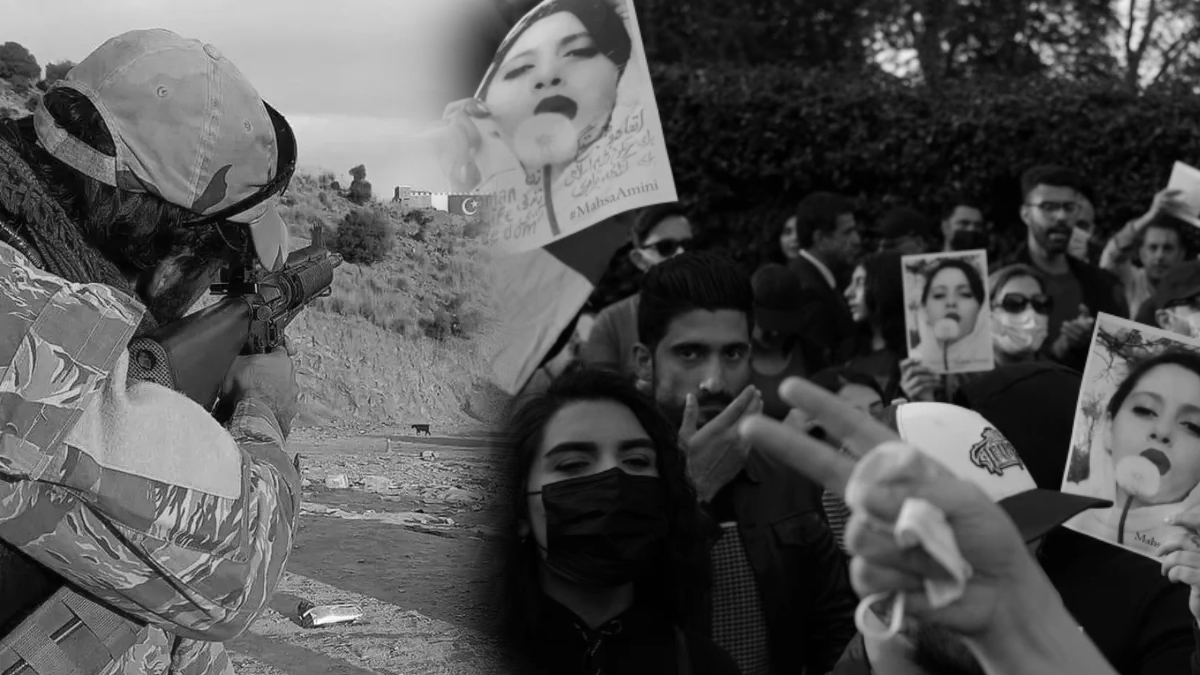 A women’s march held in the Afghan capital on Thursday in support of protests in Iran over the murder of a woman in the custody of the morality police was dispersed by Taliban forces using gunshots.

Demonstrations that broke out in response to the death of Mahsa Amini, 22, in Tehran after she was imprisoned for allegedly breaking laws about hijabs and modest attire, resulted in dozens of fatalities.

About 25 women demonstrated in front of the Iranian embassy in Kabul, chanting the same slogan used in Iran, “Women, life, freedom,” before Taliban forces opened fire, according to a correspondent.

“Women are not alone in the world and are demanding their rights from the international community, according to a woman activist who participated in the protest. This was the message of today’s march in Kabul.”

“We need to eliminate these awful governments, a protester in Kabul who asked not to be identified for security reasons stated over the phone. The Taliban’s misdeeds have grown tiresome to the locals as well. We have no doubt that someday, our people will rise in a manner like that of the Iranian people,” she remarked.

“Iran has risen, now it’s our turn!” read placards that were held by women wearing headscarves and “Say no to dictatorship, from Kabul to Iran!” The banners were quickly seized by Taliban soldiers, who tore them in front of the demonstrators.

They also told some journalists to remove videos of the rally while threatening to beat the demonstrators with their rifle butts.

After the incarceration of key activists at the beginning of the year, protests organised by women in Afghanistan have grown progressively less frequent.