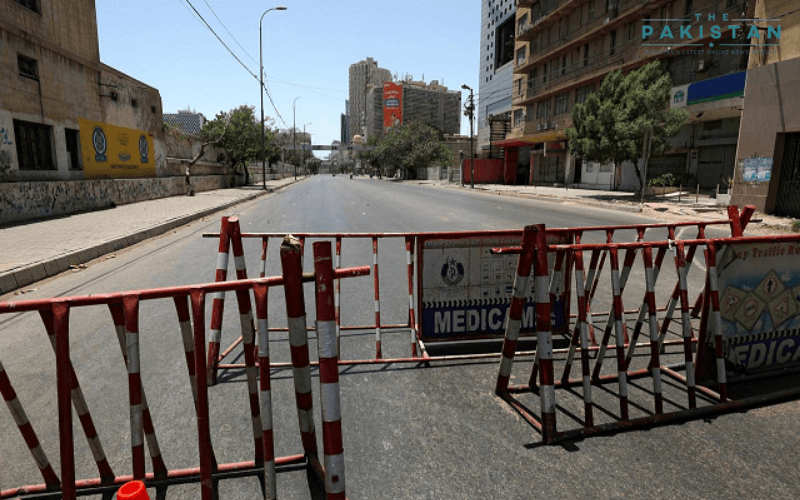 Sindh Government on Thursday extended the province-wide lockdown for another month till August 31 after holding consultation with the federal government’s National Command and Operation Centre.

“In continuation of order of even number dated 1 July, 2020 and for the same reasons recorded therein, the Government of Sindh in exercise of powers under Section 3(I) of the Sindh Epidemic Diseases Act, 2014 hereby extends the above said order in line with the discussions at the National Command and Operation Centre and the decision at the last meeting of the National Coordination Committee, Islamabad date 1 June 2020,” said the official communique released by the Home Department, Sindh.

“The order shall remain valid till 15 August, 2020 unless changed earlier.”

The spread of virus worsened in the Sindh especially Karachi despite the provincial government’s preventive and preemptive measures before the first case emerged in the country i.e. announcing lockdowns, setting up isolation centres etc.

The provincial government’s plan worked well at the outset but the inflow of passengers from Iran to Sukkur followed by international flights landing in Karachi as more and more expatriates returned to their country caused cases to jump in both rural and urban cities.

Sindh Local Government Minister Nasir Hussain Shah said the extension in lockdown was needed and will help to “protect the lives of people”. Meanwhile, he urged the masses to strictly observe the standard operating procedures (SOPs) as it was “important that SOPs are strictly followed in mosques, offices and bazaars”.

Commenting on whether the provincial government will allow the marriage halls in the city to reopen, Shah said the halls would remain closed as public gatherings would be banned during this time.