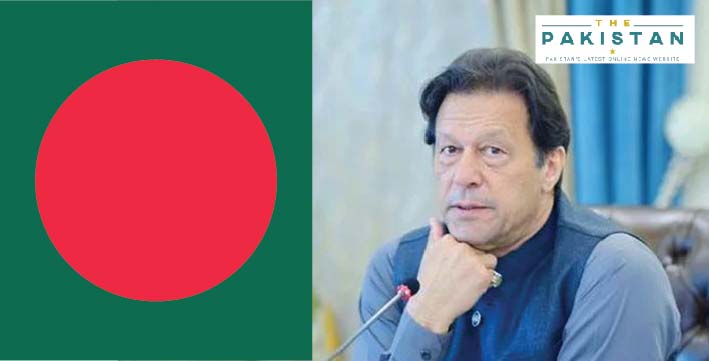 Bangladesh formerly known as East Pakistan was part of the modern day Pakistan after the British left in 1947. The two split up into seperate countries in 1971 in a bloody breakup that killed thousands of Bangladeshis in the process.

Since then, the ties between the two have been icy cold after Bangladesh held Pakistani military responsible for killing thousands in the 1971 independence struggle.

“Pakistan is committed to deepening fraternal relations with Bangladesh on the basis of mutual trust, mutual respect and sovereign equality,” said PM Imran Khan to Hasena during the telephonic exchange.

The thaw comes after months of efforts led by Pakistan. The efforts to bring back the two countries on a table come after High Commissioner Imran Siddiqui assumed office in February.

The relations between the two countries hit rock bottom after Hasena assumed her second term as prime minister and resumed the 1971 war crimes cases.

The case was initiated by Bangladesh’s founder Sheikh Mujibur Rehman in 1974 to investigate the crimes committed by the Pakistan Army in 1971 to quash the Bangladesh’s independence movement.

However, the cases were put on a back burner until Hasena resumed it in 2009.

Much of Bangladesh’s foreign policy is dominated by the rising Chinese influence in the region and weakening posture of India in South Asia. Bangladesh had earlier criticised New Delhi after it introduced National Citizenship Act in 2019.

The warming of ties comes in this backdrop as well as more and more south Asian nations are seen aligning with China ignoring India in the process.