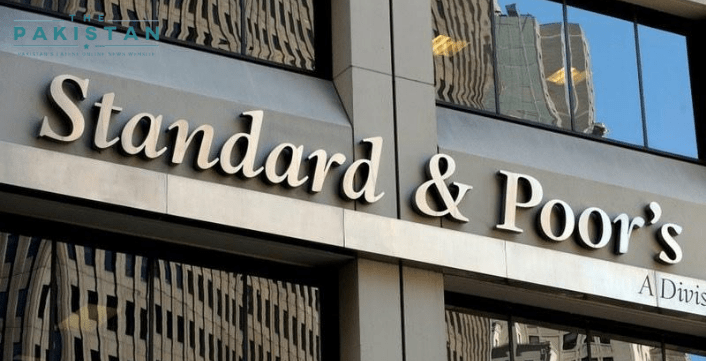 The international credit ratings agency Standard & Poor’s (S&P) affirmed Pakistan’s ‘B-’ long-term and ‘B’ short-term credit rating while maintaining the outlook for Pakistan as ‘stable’ in the long term, a press release showed.

The ratings agency said the recent economic downturn poses risks to revenue collection and growth in the near future as the country’s tax-to-GDP collection is one of the lowest in the world.

It said the country was already reeling from an economic slowdown caused by sharp declines in the domestic consumption and low imports and with the pandemic, the recovery will take a longer time.

“While Pakistan had made progress toward consolidating its fiscal accounts during the first nine months of its Extended Funding Facility programme with the IMF, related imbalances have been worsened by much slower economic growth since March 2020,” it said.

On the other hand, it acknowledged the significant improvements in the security situation and removal of the energy sector bottlenecks.

It also lauded the macroeconomic stabilisation measures taken by the government in the last three years which have helped narrow the current account deficit and increase foriegn exchange reserves. The agency said that given the current level of reserves padded up through bilateral and multilateral borrowing, the government has 12-month cover to pay off its short-term liabilities.

It added that the ongoing tensions with Afghanistan and India will likely pose a risk to economic development as well but hoped that the government can continue to take the momentum forward in terms of security improvements.

The agency warned that it may lower the country’s ratings if “Pakistan’s fiscal, economic, or external indicators deteriorate further, such that the government’s external debt repayments come under pressure.”

FM Qureshi Leaves for a Two-day Visit to China