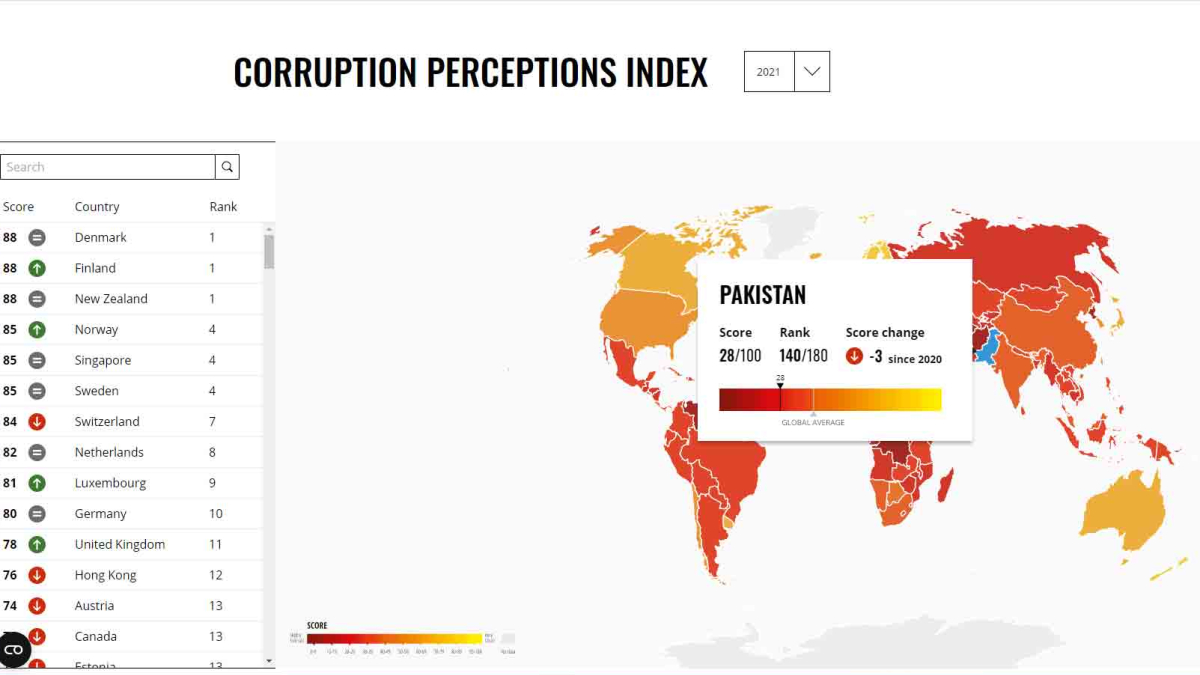 Pakistan ranked 140 out of 180 countries in TI’s report on Tuesday.

The CPI is the measure of how corrupt a country’s public sector appears on its scale of zero to 100. On the index, zero is highly corrupt, whereas 100 is very clean.

In contrast to Pakistan, India and Bangladesh’s corruption score has improved as the two countries stand at 85 and 147, respectively.

The report says that the corruption levels have stayed at a standstill worldwide, with 86pc of the countries making slight to no progress in the last decade.

In its Index, Transparency International revealed that state capture and the absence of the rule of law have resulted in Pakistan’s substantial low CPI score.

Meanwhile, commenting on the report, PML-N stalwart Shehbaz Sharif said corruption was having a “declining trend” during the PML-N’s government due to “good governance, transparency, and legal reforms”.

“Under the PTI, corruption has surged to an all-time high despite the fact that no development has taken place,” he tweeted.

Transparency International’s best-performing countries were Finland, Denmark, and New Zealand. The countries had a corruption perception score of 88. Singapore, Norway, and Sweden followed them, all managing to score 85.

Humaima Malick appeals for an end to marriage rumours