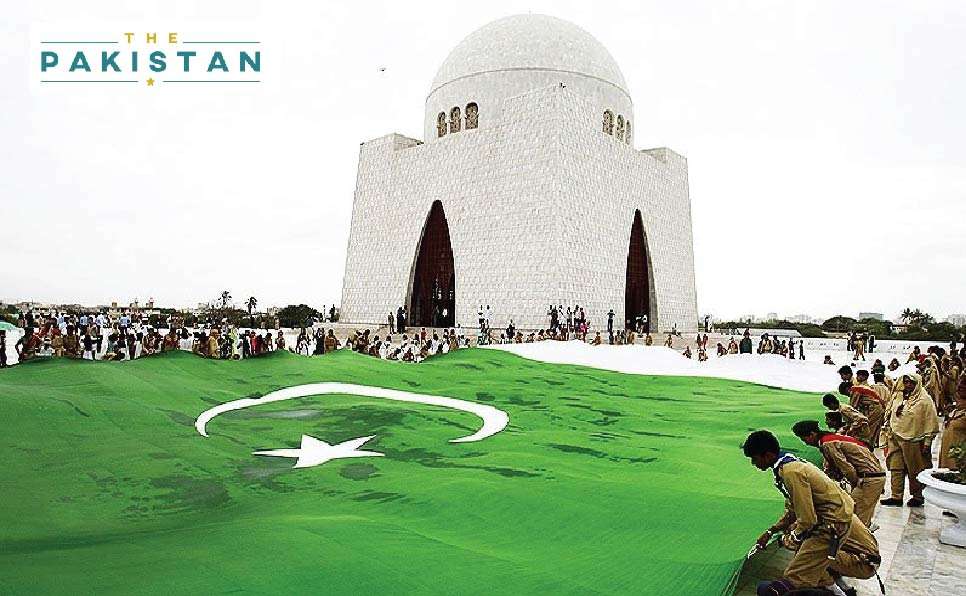 Major urban and rural cities across the country lit up last night as the August 14 celebrations began as early as August 13 as major roads and tourist spots were brimming with people dancing and signing the patriotic tunes.

“I congratulate our nation on its 73 years of Independence. Our journey towards Quaid’s Pakistan has begun: for Rule of Law with all citizens equal before the law; & towards an Islamic Welfare State, premised on compassion,” Prime Minister Imran Khan said in a tweet.

“I congratulate the entire nation on the 74th Independence Day. This auspicious occasion is a moment to reaffirm our pledge to continue pursuing the vision of Quaid-e-Azam Muhammad Ali Jinnah. The day is an occasion to pay tribute to all those sons of the soil who laid their lives while defending and protecting territorial as well as ideological frontiers of the motherland. This day is an occasion to pause and to reflect as to how far we have been able to achieve those ideals that led to creation of an independent state,” the Prime Minister officer said in a statement.

“I wish to extend heartiest felicitations to my fellow countrymen on the 74th Independence Day of Pakistan. This day reminds us of the immense sacrifices rendered by our forefathers, under the dynamic leadership of Quaid-e-Azam Muhammad Ali Jinnah. The day is an occasion to reaffirm our resolve to live up to the ideals of our founding fathers and pay homage to the heroic struggle of all workers of the Pakistan Movement.” said President Arif Alvi in his message to the countrymen.

Meanwhile, the country’s flag was hoisted across all buildings and major offices to commemorate the day.

PM Khan asked the country-men to reflect and introspect on what we have achieved so far as a nation and what needs to be done in order to develop a country along the lines of Riyasat-e-Madinah.