Pakistan and the UAE reiterate their determination to strengthen ties 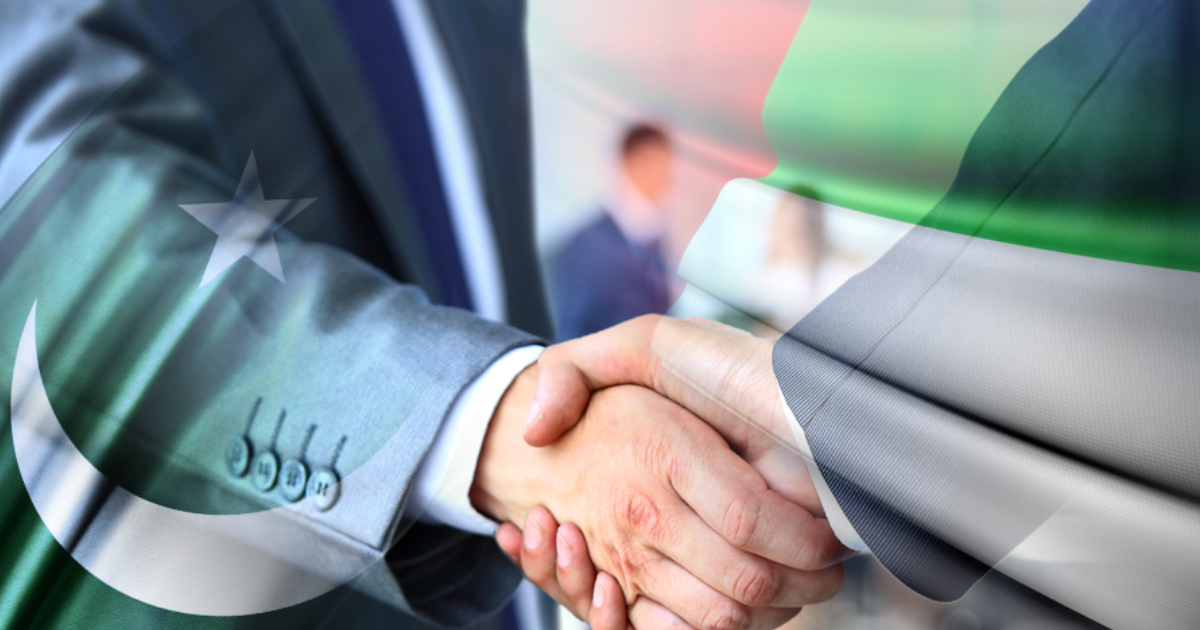 Tuesday’s telephone chat between the two presidents revealed the development. According to a statement released by the PM Office, the prime minister thanked the president of the UAE for the financial and material assistance provided to Pakistan following the recent destruction caused by climate-related floods.

According to Geo News, PM Shehbaz briefed him on the impending ‘International Conference on Resilient Pakistan,’ slated for January 9 in Geneva, and asked his support for high-level participation from the UAE.

President Sheikh Mohamed underlined UAE’s unwavering support for measures aimed at enhancing Pakistan’s climate resilience, which was the conference’s primary objective. In addition, the prime minister extended an invitation to the president of the UAE to visit Pakistan. “Pakistan and the UAE have maintained close brotherly connections over the past five decades, based on a shared culture and values. According to the statement, the UAE is Pakistan’s largest commercial partner in the Middle East and a key source of investment.

In a significant milestone, Pakistan and the UAE have chosen to enter into a GtG long-term arrangement for the import of gasoline, jet fuel, and crude oil to secure the country’s continued access to petroleum products. Under a 5-year agreement, Pakistan will purchase 1.5 million tons of Motor Spirit (Mogas) each year, or 30 cargoes. This indicates that PSO would import 2.5 to 3 cargoes every month.

In this regard, on behalf of Pakistan, Pakistan State Oil (PSO) and on behalf of the UAE, ADNOC (Abu Dhabi National Oil Company) will sign a commercial agreement on a GtG basis, and the import of gasoline from the UAE’s ADNOC is anticipated to commence in January 2023 under the GtG agreement. Musadik Masood Malik, Minister of State, led Pakistan’s delegation to Abu Dhabi, which included the secretary of petroleum, secretary of the Board of Investment, MD PSO, MD PARCO, and other officials of the Petroleum Division, according to a senior official who participated in the talks and told The News.

We Stand Together: The UAE’s Helping Hand

Since its founding, United Arab Emirates (UAE) and Pakistan’s friendship and brotherly connections based on brotherhood, mutual respect, and deep-rooted cultural affinities and identification of interests have become stronger. UAE and Pakistan have religious and cultural values in common, and the late Sheikh Zayed bin Sultan Al Nahyan established the groundwork for their strong historical links.

The recent official visit of Pakistan’s prime minister, Imran Khan, has further strengthened bilateral relations between two nations. During his one-day visit to the UAE, he met with a number of high-ranking officials and discussed a variety of matters of mutual interest. Crown Prince Shiekh Muhammad bin Zayed Al Nahyan and Prime Minister Imran Khan have decided to convert UAE-Pakistan relations into a long-term strategic economic cooperation.

The Emirates Red Crescent Authority, Dubai Cares, and Sharjah Charity Association, in coordination with the Ministry of Foreign Affairs and International Cooperation and the Ministry of Community Development in the United Arab Emirates, launched the “We Stand Together” volunteering initiative, which aims to assemble urgent relief kits for families affected by the devastating monsoon rains and floods in Pakistan.

We Stand Together Project

Humanitarian and charity groups in the nation are spearheading the “We Stand Together” project, which calls on the public to demonstrate sympathy with impacted Pakistani families.

Best Tourist places to visit in Pakistan for winters