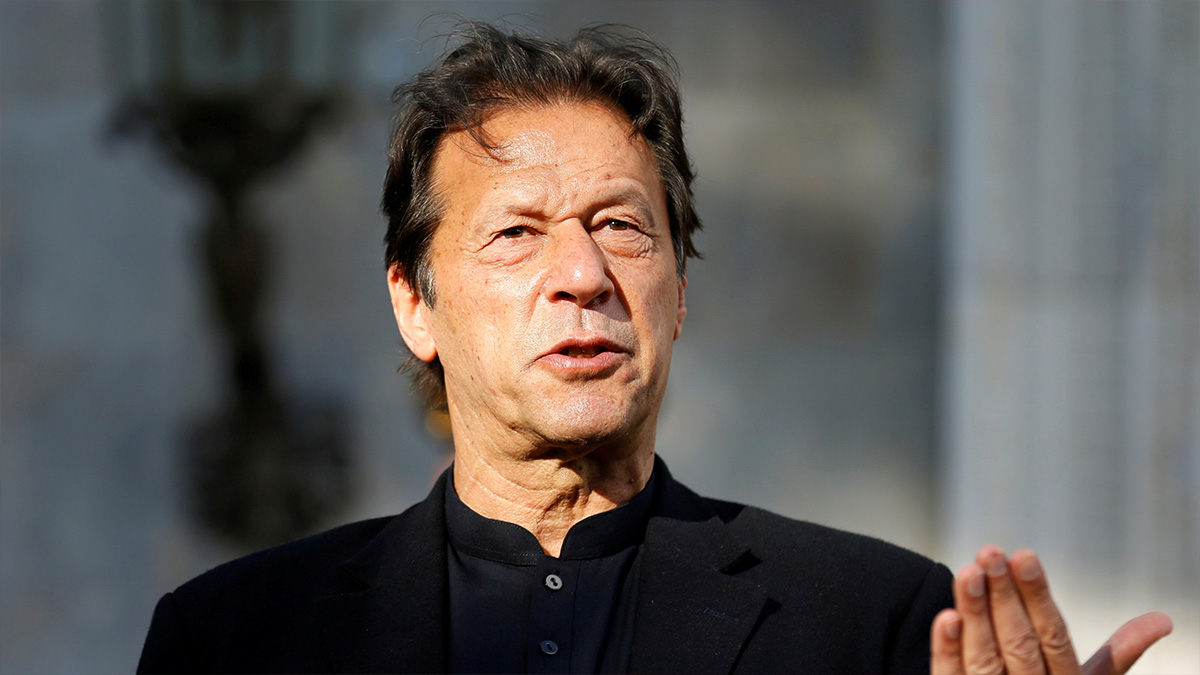 PTI chief Imran Khan for his criticism of the state institutions

The PML-N-led coalition government’s top ministers and senior leaders took on the PTI chief Imran Khan for his criticism of the state institutions and warned they may take him to the Supreme Court of Pakistan through a reference under Article 6 of the Constitution.

“On the one hand, he (Imran Khan) violates the Constitution and law and, on the other hand, abuses the judiciary and the establishment, especially its chief, over his ouster. Mentally, he is not a balanced personality and the country cannot be run as per his desires,” Saad Rafique said at a press conference at the railways’ headquarters on Sunday.

He termed the PTI chief a selfish and untrustworthy who used to run the country through ‘magic’, labeling his opponents as thieves and traitors and putting them behind the bars in cooked up case.

Sardar Ayaz Sadiq said he along with other MNAs would request the NA speaker to forward a reference (as per resolution) to the government against Imran Khan under Article 6 for maligning the state institutions.

Interior Minister Rana Sanaullah Khan, while speaking to a gathering in Faisalabad, said the IMF had ‘red-marked’ the country when Imran Khan was the prime minister for violating the agreement with the world donor.

About the PTI’s public meeting in Islamabad on Saturday, the minister said only 2,000 people from the federal capital joined the meeting while the rest, about 6,000, had been brought from Khyber Pakhtunkhwa, many of them government servants.

In Narowal, Khawaja Asif accu­sed the PTI chairman of weakening the nuclear state and its institutions.

“He came to power through fraud. He has lost consciousness after coming out of power. In the 2023 general election, the people will decide who should be the ruler of Pakistan,” he said while speaking at a gathering at Shahabpura, Sialkot. “We have decided to defend all the institutions of Pakistan including the parliament.”

Mr Asif said Imran Khan was closing all avenues to return to power due to his bad attitude and conduct.