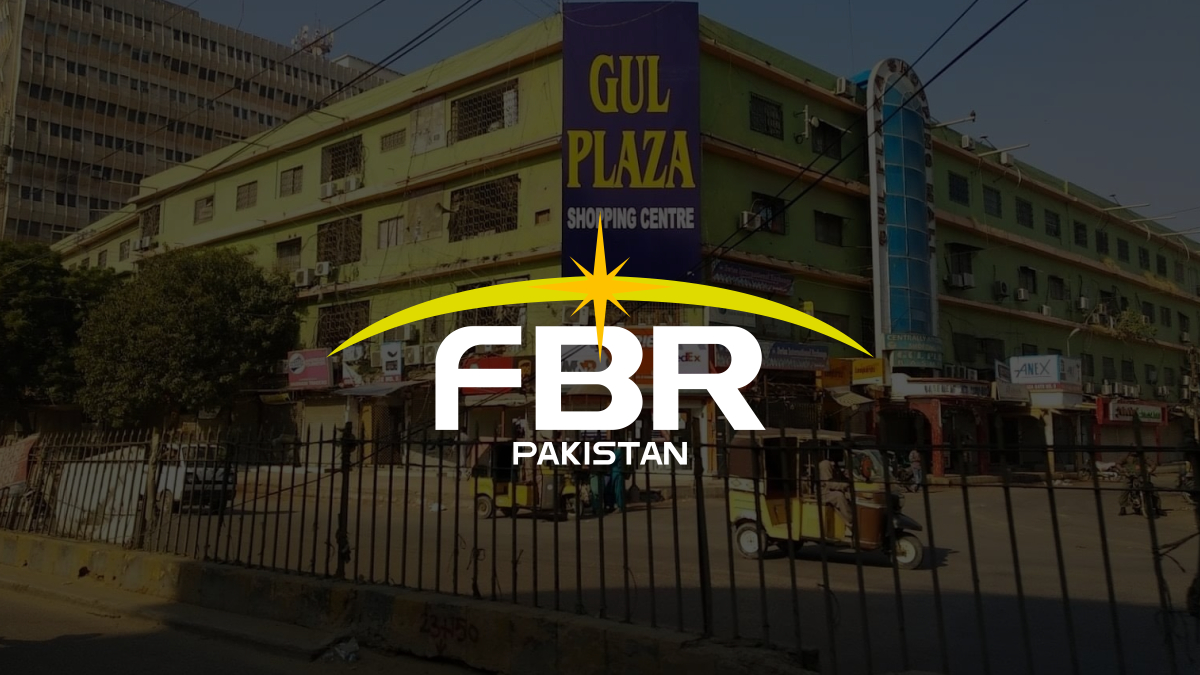 On Monday, Federal Board of Revenue (FBR) officials conducted a raid in Gul Plaza Market in Karachi, taking hold of critical financial records.

After the raid had ended, the shop owners held a protest, blocking the main road in front of the Gul Plaza Market.

FBR said that it had sent tax notices to the owners one week ago; however, they had received no answer. They said some shops had been sealed that didn’t adhere to the tax notices.

The FBR officials reportedly exchanged harsh words with the shop owners, who felt threatened and intimidated.

Eyewitnesses said the shopkeepers were protesting, chanting slogans against the Board. However, FBR officials paid no heed to the shop owners and said the FBR’s action was legal.

The shopkeepers blocked the road outside the plaza and said the FBR must stop harassing the traders.

Located on M A Jinnah Road in Karachi, Gul Plaza is a major trading hub that was sealed last year due to COVID-19 standard operating procedures (SOPs) violations.

Separately, the FBR has announced that it is searching for a new slogan in a bid to improve its perception and public image.

On Monday, the FBR issued instructions to its members and director generals (DGs) to send in suggestions for positive image building.

The FBR is in search of an appropriate slogan that embodies the gist of the organisation in terms of operational activities and objectives. Moreover, the slogan should also motivate the citizens to comply and promote tax culture in the country.

The slogan will be used along with the FBR’s logo on its web page, letterheads, stationery, advertisements, media campaigns, etc.

PDM to reach Islamabad on March 23