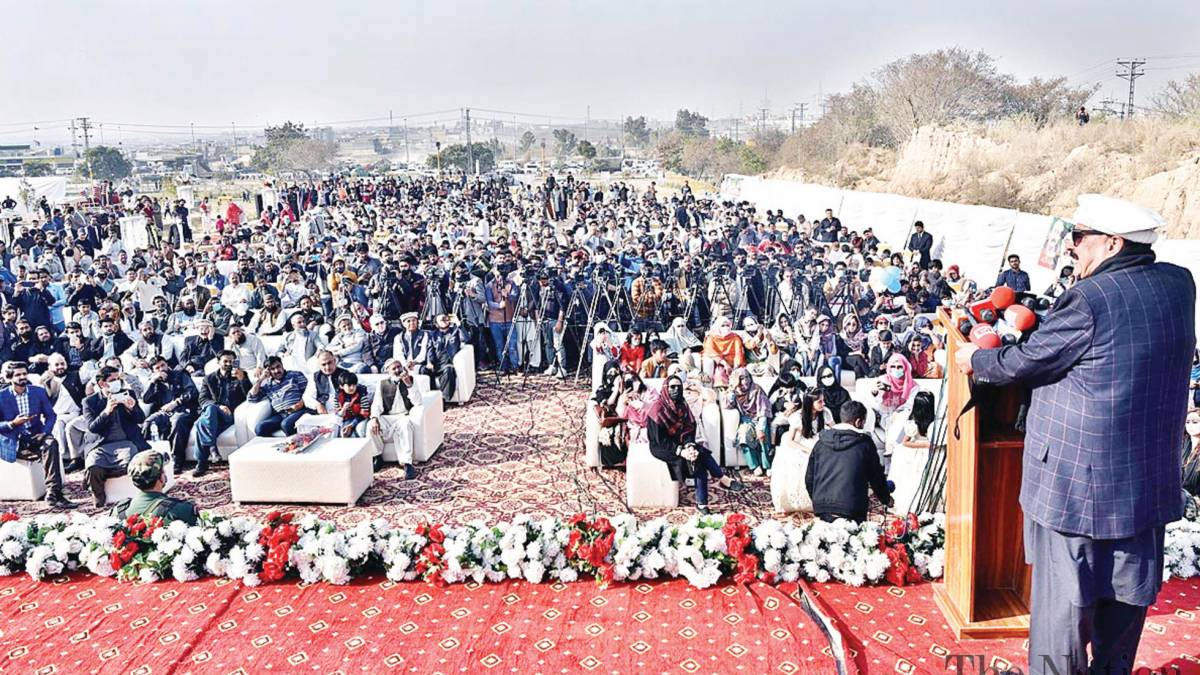 Ahead of Pakistan Democratic Movement’s planned march towards Islamabad on February 26, Interior Minister Sheikh Rashid Ahmed has stated that the opposition alliance would be welcomed to the federal capital if it would act within the ambit of law during the protest. The minister said that the 10-party opposition alliance will be allowed to carry out the long march if they follow the law and the Constitution.

“I want to inform the PDM leadership, if they come to Islamabad 10 times and remain within the limits, there will be no problem, no obstacles in their way,” he said while addressing an inauguration function at GT Road on Sunday.

He further added that the government has made arrangements to handle the protests if the opposition did not follow the law. Sheikh Rashid affirmed that if the opposition takes the law into its hand, Islamabad police has readied tear gas to counter the protesting crowd. In this regard, the minister said that the police tested the tear gas during a protest of government employees last week in the capital city.

“It was necessary to test the tear gas as it had been unused for a long time,” he said, adding that only a little gas was used during the test.

However, he went onto advise the PDM to review its decision to carry out the long march.

As per reports, the Islamabad police used tear gas to disperse hundreds of government employees last week in Islamabad. The employees were protesting near the Pakistan Secretariat to demand a hike in their salaries. However, police resorted to massive tear gas shelling to control the protesting employees and arrested several protesters.

While addressing the gathering, the Interior Minister also said that 30 out of 33 police checkpoints in Islamabad have been removed, assuring that the rest will be removed soon.

The PDM recently postponed its public meeting in Khuzdar in order to prepare for the upcoming Senate elections scheduled to be held on March 3. Senate elections are all set to take place in Pakistan on March 3, amid debates over allowing open ballot papers in the polls with the aim of preventing corruption.