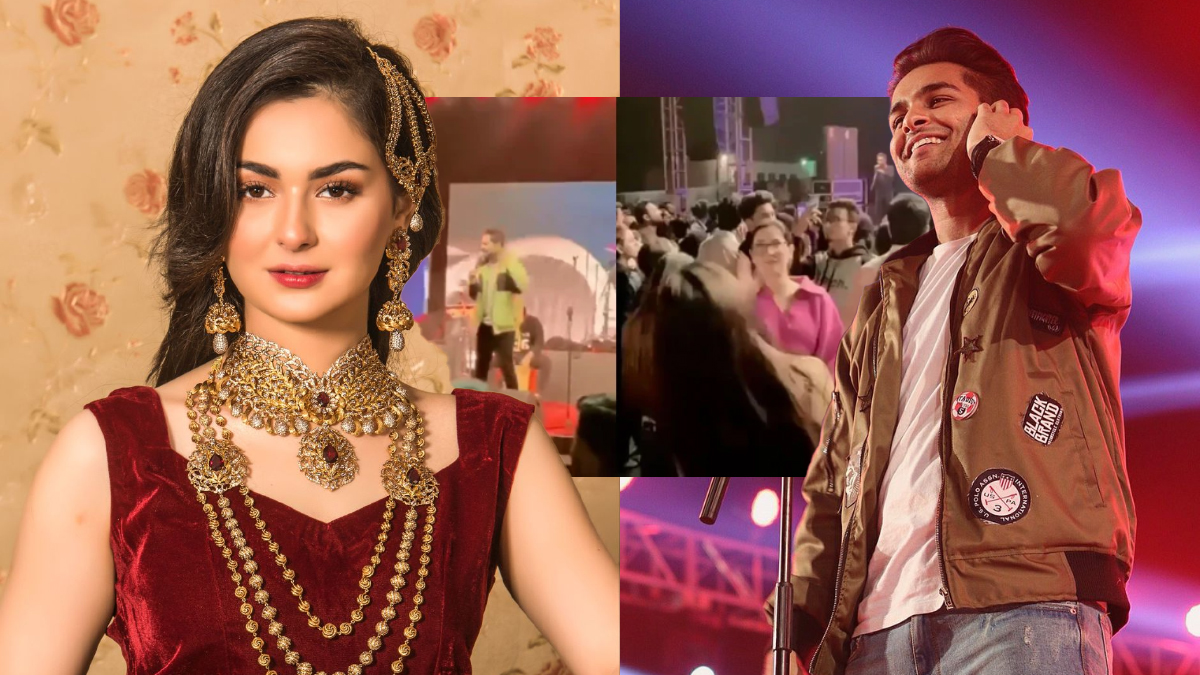 A music festival is fun

and there is no harm in enjoying each bit of it. Sometimes you will meet people you used to hang out with, but that doesn’t mean that you’ll take a cab and head back home.

Actor Hania Aamir spent her Monday night grooving to her ex-boyfriend Asim Azhar’s concert in Karachi – an act that didn’t go well with many of her fans.

In the viral clip posted by several Instagram pages, Aamir can be seen in a casual pink outfit paired with spectacles with her back towards the stage.

She went to celebrate her friend Aashir Wajahat who also performed on stage at the event, but all people could focus on was Azhar’s performance and Hania Aamir’s reaction to him.

She was spotted dancing to Azhar’s Tum Tum in the crowd with her girlfriends.

It merits mentioning that the Anaa star also made a special appearance in Tum Tum’s music video.

Fans of the two artists could not help but think about what was going on in her mind.

Hania Aamir is no stranger to scandals and controversies, and she is often trolled for her bold actions and bubbly persona.

A Twitter user lauded Hania Aamir for grooving at the event like a normal person and called out those negatively commenting about it.

We hope people realise that it is okay to grow up and behave maturely in an awkward situation.