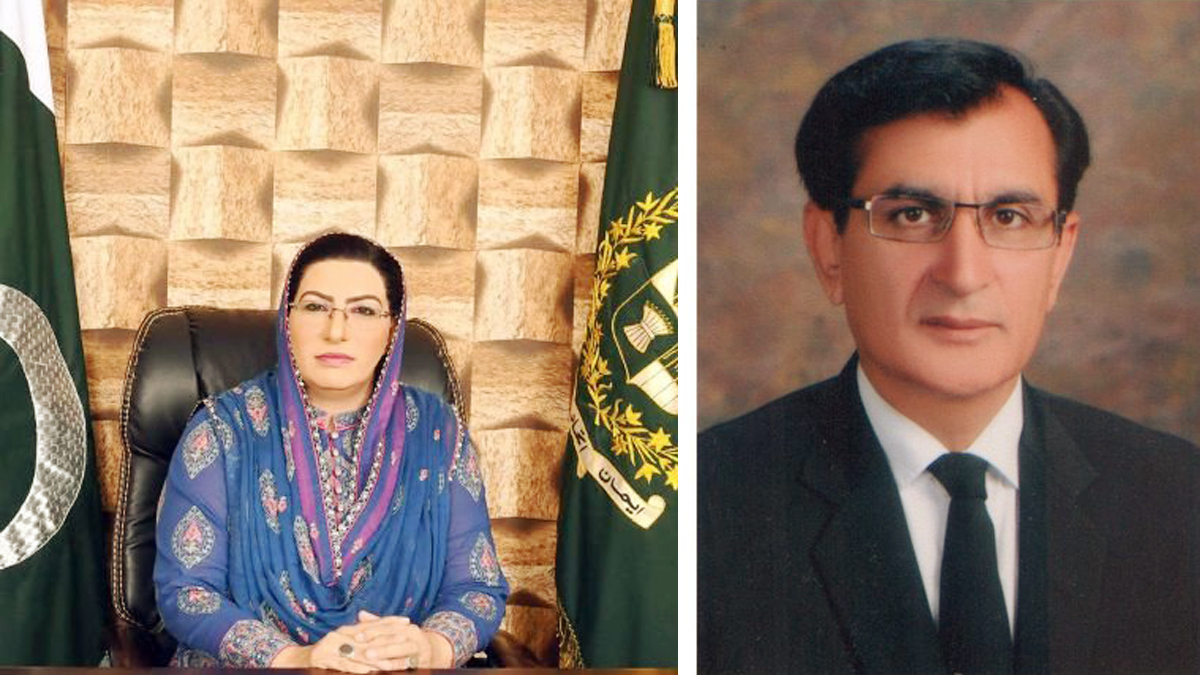 Special Assistant to Chief Minister Punjab on Information and Broadcasting, Dr Firdous Ashiq Awan, engaged in a fight with PPP MNA Qadir Mandokhel during the recording of a TV show, that has since gone viral on social media.

A video clip of few seconds that is circulating on social media shows the PTI Minister abusing Mandokhel and then slapping his face.

The incident happened during the recording of Javed Chaudhary’s show Kal Tak.

Clarifying the incident, in a tweet, Awan claimed Mandokhel used foul language and insulted her late father, which angered her. She asked the TV channel to bring forth the complete video as only a one-sided story was being shown in the video.

It started as a discussion on the government’s performance and hefty load-shedding in different parts of the country but soon turned into a shouting match between the two.

Things heated up when the PPP leader shared Awan’s comments about the train tragedy. Firdous, in a press conference, had said that “by the Grace of God” this was the only train accident during the PTI’s rule. Mandokhail reminded Firdous that her statement was equivalent to pouring salt on the wounds of the affected families. Awan responded by saying that her statement was misconstrued. From there, the leaders continued to butt heads and the host and PML-N’s Azma Bukhari watched on.

Mandokhail alleged the federal and provincial government for being responsible for the dismal condition of Pakistan’s railway. However, the brawl escalated when Mandokhail furthered his allegations by sharing the corruption cases of Awan.

Shortly after, a video clip came forth on the internet showing Awan attacking and slapping Mandokhail.

In the video, the PPP leader can be seen trying to grab her arm to defend himself. The camera crew and other people present on the set can be seen intervening before the situation escalated.