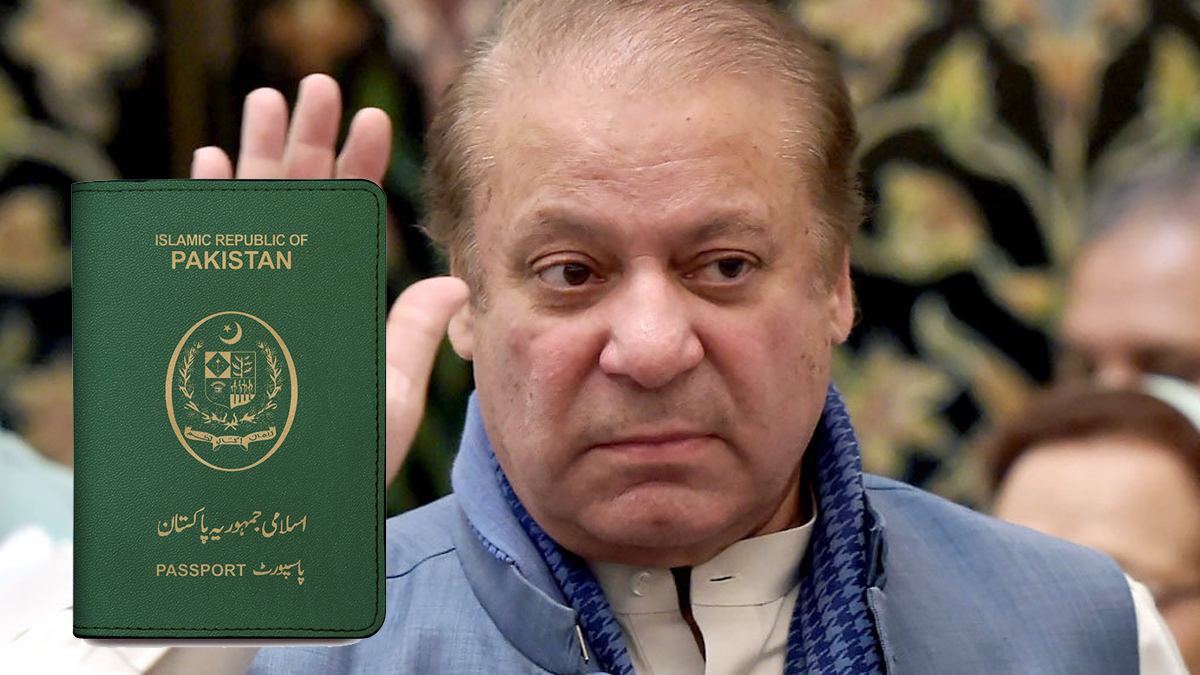 The former premier’s new passport has a 10-year validity and was processed in the urgent category.

Former premier Nawaz Sharif’s name has been taken off the exit control list (ECL). After the development on Monday, Nawaz will now be able to travel to Pakistan anytime now.

Sharif was issued a green passport by the Pakistan government, led by his younger brother Shehbaz Sharif.

The former premier’s new passport has a 10-year validity and was processed in the urgent category.

As of now, his passport status in the passports department and immigration system is “active.”

While the controversy over the renewal of his previous diplomatic (red) passport has been going on for nearly a year.

According to an interior ministry official, the former prime minister applied for an ordinary passport, which was issued to him.

On December 30, last year, then-interior minister Sheikh Rashid Ahmed had said that Nawaz Sharif’s diplomatic passport was due to be cancelled on February 16, 2021.

The minister refrained from giving any details, a senior official of the interior ministry said that February 16 was the expiry date of Sharif’s diplomatic passport. It is pertinent to state that a red passport with a five-year validity was issued to the PML-N leader on February 18, 2016, which was used for his travel to the UK.

The newly-elected prime minister Shehbaz Sharif ordered the issuance of a passport to his elder brother as soon as he assumed power. The newly sworn-in Interior Minister Rana Sanaullah said last week that a diplomatic passport was Nawaz’s right and would be issued to him.

“It is very unfortunate that a person who has thrice been the prime minister of this country has been deprived of national citizenship,” the interior minister said.

The PML-N head was granted an eight-week bail on medical grounds in 2019 and he was allowed to travel abroad for treatment for four weeks. However, he is still in London.

Kabul: No concrete deal yet for management of international airport