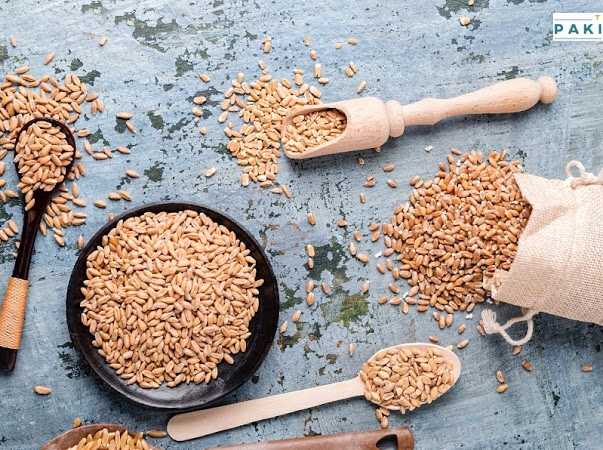 Minister for National Food Security and Research, Syed Fakhar Imam Tuesday said that around 430,000 tons of imported wheat had arrived and rest would also reach Pakistan soon to meet shortfall of the commodity.

Speaking in National Assembly Standing Committee on National Food Security and Research here, he informed that that this year the country was short of 1.5 MT of wheat target and in order to meet the shortfall, the government allowed private entities to import wheat, the press release edit.

The meeting of the committee was held here at Pakistan Agriculture Research Council (PARC) under the Chairmanship of Rao Muhammad Ajmal.

The committee was briefed about the current wheat and cotton position in the country.
Fakhar Imam said that the major factor for the low output of crops was the outdated seed technology, it added.

The minister informed the committee that climate change had done damage to the agriculture production this year.

He said that Punjab and Sindh were the most affected provinces by recent rains which was also a reason that the targets of some crops’ output could not be achieved.

The minister said that the federal government was in constant contact with the provinces to fix the minimum support price of wheat for the upcoming season.

Meanwhile, he said that cotton was one of major crops that had major contribution in the national economy.

The major problems for not meeting up the cotton production targets were seed quality and white fly attacks, he added.

He informed that the government had started the subsidy on white fly pesticides.

“The experts of our ministry are continuously working on it and we are also trying to ensure transparency in this regard.”

The country is likely to witness wheat shortages in the winters mainly on account of the rise in demand for flour and the shortages.

The government has failed to prepare for the upcoming shortage and did not take any contingency measures to bridge the gap. Meanwhile, the prices of floor in the market have increased in view of the supply shortages.

Subsequently, the government allowed private sector to import wheat from Ukraine which has come in multiple installments.