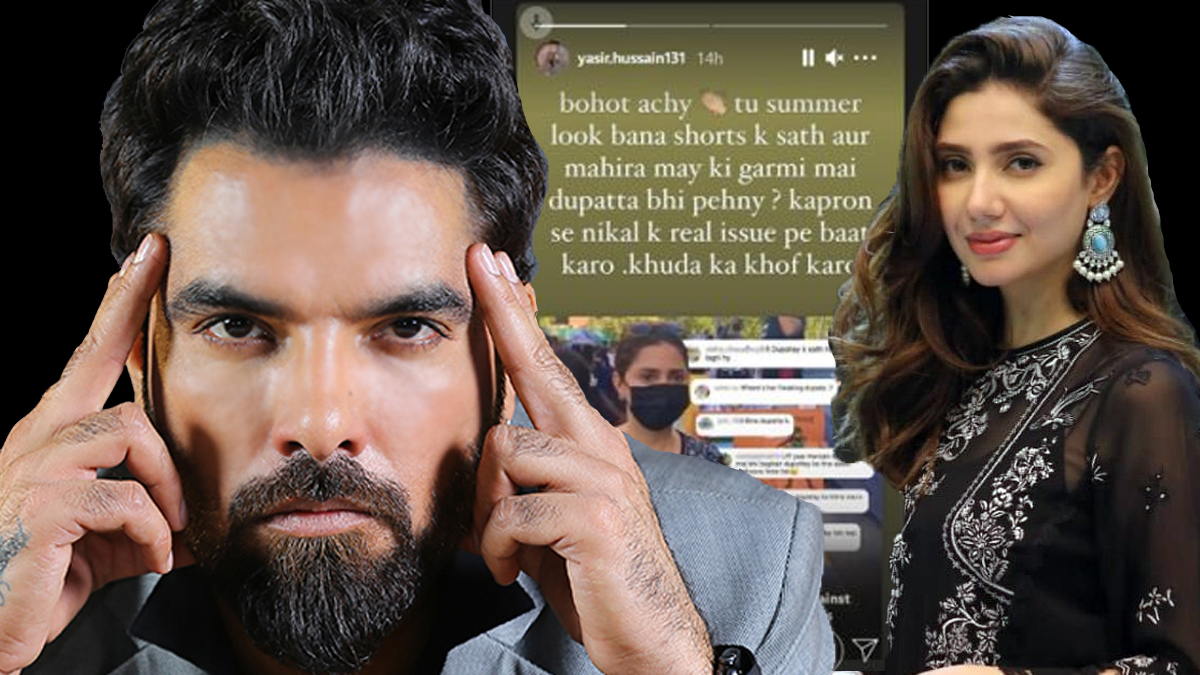 Mahira Khan, who was spotted in a pro-Palestine protest outside the Karachi Press Club, came under fire from several hardline internet users for her attire to the event, apparently which was missing out on a dupatta.

While many took to the internet to praise celebrities for making it to the protest for a humanitarian cause, some factions of the morality brigade stood disappointed with their clothing choice.

Coming to the rescue, Actor Yasir Hussain schooled the netizens by saying: “You put your summer looks on with shorts and Mahira, in the heat of May, should wear a dupatta?”

The actor sarcastically ended his sentence with a “well done!”.

People like Yasir Hussain have massive fan followings on social media and they choose to call wrongdoings out so that people listen and learn.

Many, however, saw no reason to criticise Mahira’s dress, thinking that she looked absolutely fine in a black kurti and white shalwar. Others thought she would have looked “better” with a dupatta.

Ahmed Ali Butt also joined by hitting back at the trolls wondering when will people have the basic sense to stop judging actors on their clothes.

He suggested people have some shame in their eyes, asking them to grow up.

Moral policing of celebrities, especially females, has long been an issue in the internet fraternity of Pakistan. While many think that bullies should be given a shut-up call rightfully, others still think that they should be ignored for their own good.

In this very scenario, several people felt that those criticising Khan’s clothes were resorting to a convenient way of ignoring the ongoing crises that the world is collectively facing.

Several factions are of the opinion that the media shouldn’t give these haters a platform to propagate their hate. Their argument is that no heed would be paid to these voices if they aren’t amplified in the public space.