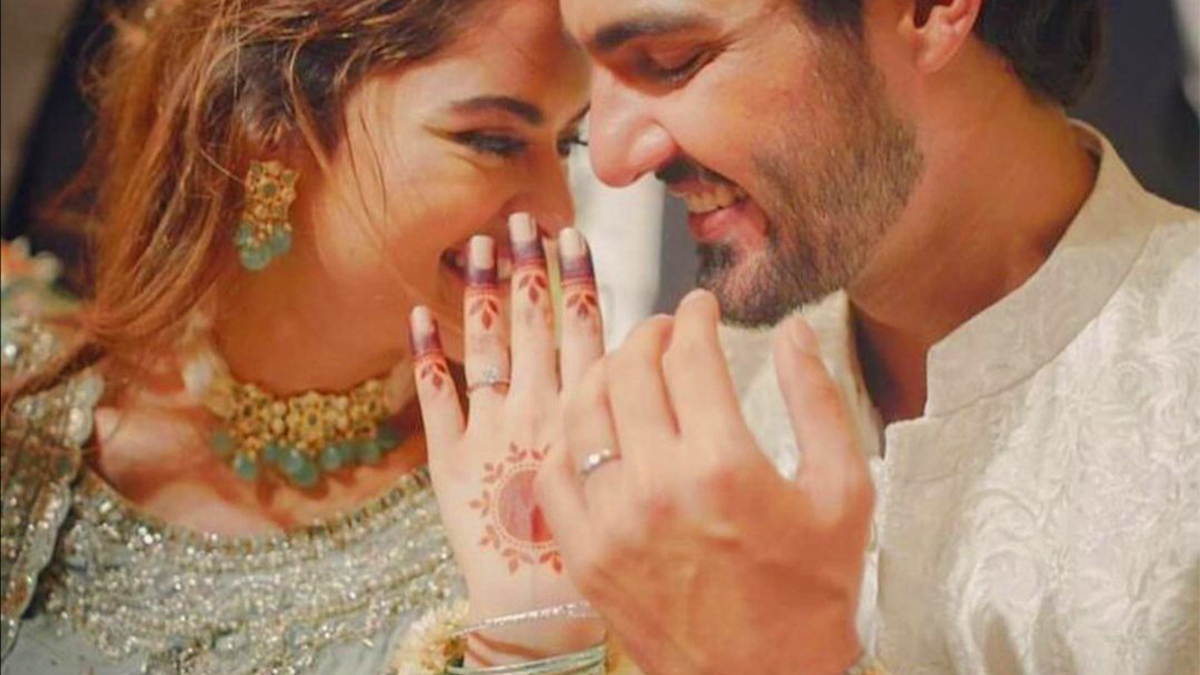 Fans and well wishers of the couple were pleasantly surprised after the couple–Minal Khan and Ahsan Mohsin–took to their social media handles to announce their engagement on Friday.

In no time, the pictures went viral in which the couple looked not only breathtakingly beautiful but also so much in love. They shared gorgeous photos as they made their engagement official.

The Jalan actress looked drop dead gorgeous in the pale lime color traditional outfit. The outfit included heavy artwork with intricate hand embroidery that was highlighted throughout the dress. The color beautifully highlighted Khan’s features and served a treat for the eyes especially in the hot summer.

The couple have been together for nearly two years but it was not until recently that they officially confirmed to be together. Celebrities such as Saboor Aly, Sara Ali and Kinza Hashmi were also present at the ceremony.