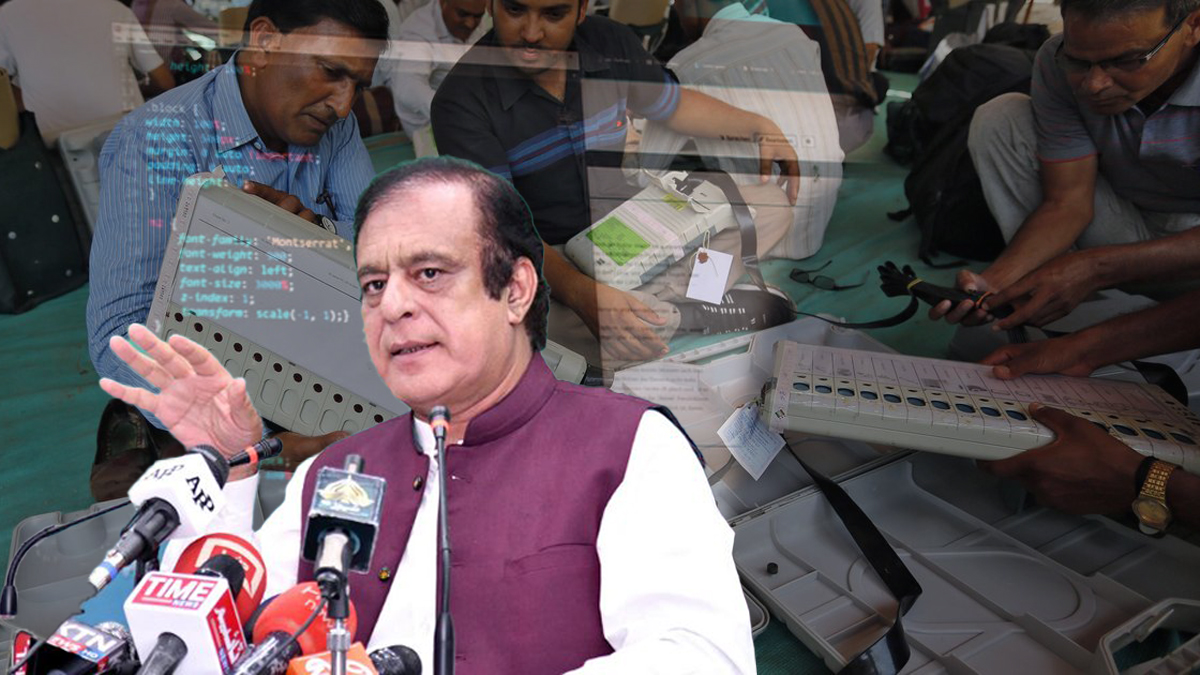 Minister for Science and Technology Shibli Faraz announced, on Friday, a reward of Rs1 million for anyone who is able to hack the locally manufactured electronic voting machines (EVM).

“We challenge hackers to come forth and hack the EVM, and if they do so, we will award them with Rs1 million,” said Faraz, speaking to journalists in Islamabad.

Swati said such institutions conduct elections via “rigging” and should be “set on fire”. The ECP officials, at this, walked out in protest.

A session of the committee was held with Senator Taj Haider in the chair – during which the dispute on the use of the EVMs for the next general elections went hostile.

Opposition senators said Swati could not blame a constitutional body for taking bribes and challenged the senator to substantiate his claim with proof.

In this context, Shibli Faraz said there was “no more effortless way to cast a vote” than the EVM. He said the Election Commission of Pakistan should not place itself in a “controversial position”.

Faraz told journalists that 400,000 machines had been assembled locally, and the cost of manufacturing was estimated between Rs75,000-70,000 per machine.

He said the 27 out of the 37 points highlighted by the ECP are a “charge sheet” against it.

“It is very clear that the election commission does not want to carry the elections out via EVMs.”

The ECP said that EVMs could open up the chance of “more sophisticated fraud” via manipulating hardware and software.

EVMs are thought of as a solution to rigging in elections, but they “cannot stop all types of fraud”, said the ECP.