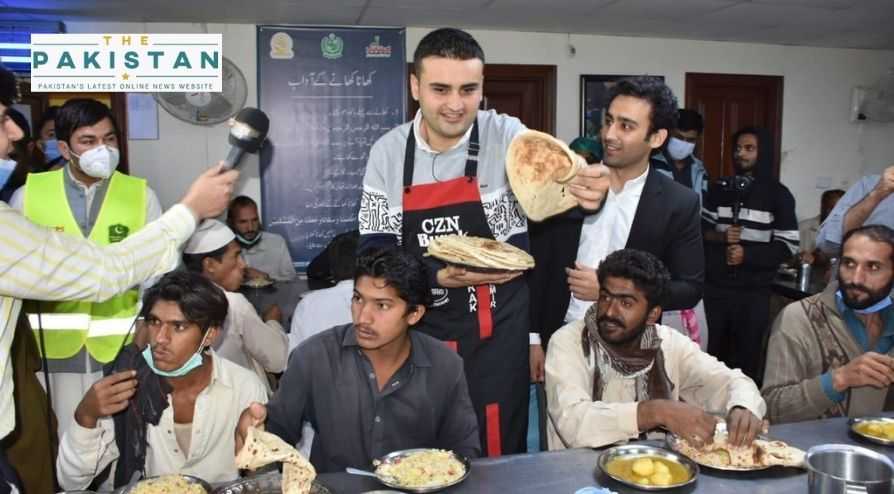 On a four-day visit to Pakistan, social-media viral and renowned Turkish tourist chef and restaurateur Burak Ozdemir visited Rawalpindi where he was invited to visit the Army Museum.

He began his tour of the museum from a sculpture of Quaid Azam awarding a national emblem to an Army unit. He went on to visit various war galleries, weapons, and equipment. The Turkish chef appeared to take special interest in Indian military equipment that was captured by the Pakistan Army in various wars, including the jeep of an Indian general.

Burak is known for his gigantic-sized meals and has 476,000 following Twitter and a whopping 17.2million followers on Instagram. He is also famous for cooking and bringing middle-eastern foods on the international scene.

Speaking at a press conference in Islamabad, the famed chef Burak said that he was happy to visit Pakistan while also thanking his fans for their messages and love. He also appreciated Pakistan’s wishes for those affected by the recent earthquake in Kashmir.

He said that Pakistan and Turkey enjoy close relations with each other and said that even though he plans to return quickly — mainly because of the earthquake, he said that he plans to visit Karachi as well as Lahore during his next visit to the country.

“I will start learning to cook more Pakistani food, Today I will go to the shelter home and will cook Pakistani food there,” he said while sharing his plans for the day.

“Pakistanis are our brothers first, then customers,” while adding that “We [Turkish people] love Kashmir.”