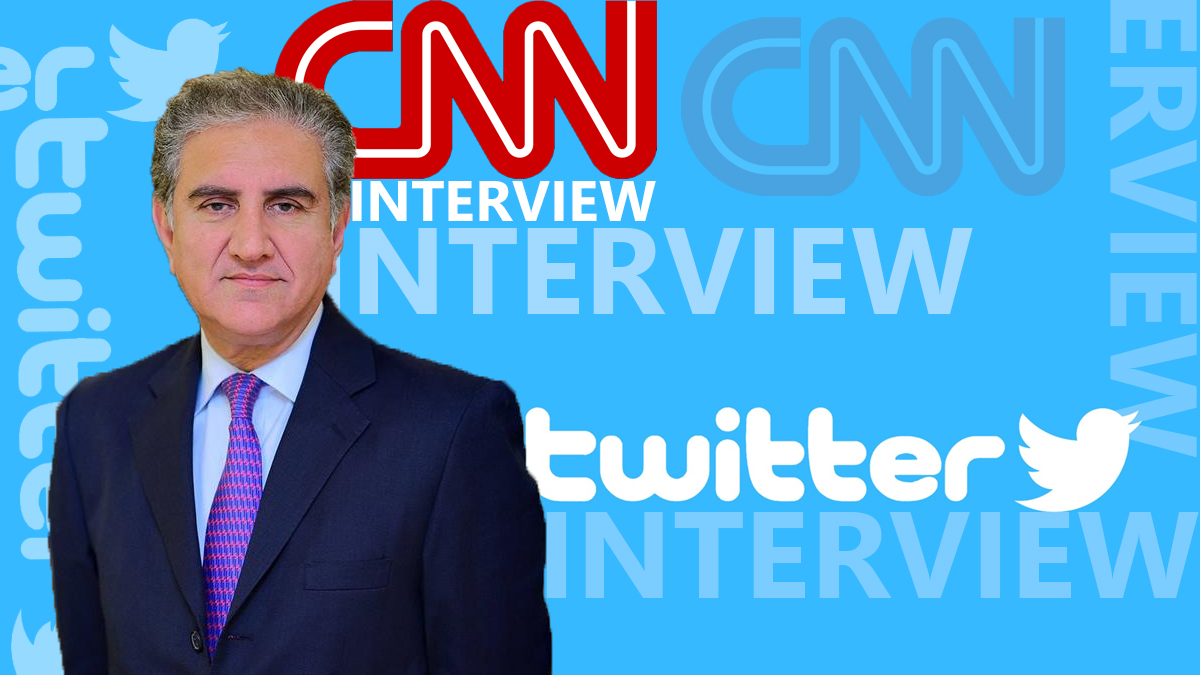 Pakistani twitter users have jumped the bar when a large section of people began attacking the country’s Finance Minister Shah Mahmood Qureshi over his comments on Israel-Palestine issue calling him anti-semitic.

Qureshi was in an interview with international media network CNN when he hinted that Israel has strong media influence in the western countries. Soon after his comments surfaced on social media, people began attacking him as ‘anti-semitic’. When Pakistani’s saw that their leader was being shown down, they were quick to rescue him.

Many of them defended him and in no time #ShahMahmoodQureshi began trending on Twitter. The Finance Minister had said during the interview with a CNN journalist that despite all the efforts, Israel is losing the war and ‘tide was running’ against it. He showed strong disapproval for Israel’ saying that the actions of Israel were a state sanctioned attack on Gaza.

The attack led to the killing of more than 250 people including children in the region. He further said that he has full confidence that the matter is now turning against the Nethanyayu led nation. They are losing the media war despite their connections,” the top diplomat said just ahead of Israel announcing truce in the region.

The CNN reporter then asked what it was that he was trying to say to which the minister said that Israel had a great influence on foreign media and that false narrative was also catching a huge momentum. He also took note of the video clips shared by a lot of people that clearly shows Isralei violence on people.

The way CNN journalists responded to the diplomat proves the Finance Minister’s point, said a Human Rights Minister Shireen Mazari.  She pointed out that CNN’s anchor herself was biased in her approach towards the issue and called her out for making false allegations against Qureshi.

Another well known media personality Zarar Khuro, a journalist, came in support of Qureshi as he compared the incident to ISIS. He said that just like condeming ISIS is not Islamophobia, condemning ISrael is not anti-Semitism.