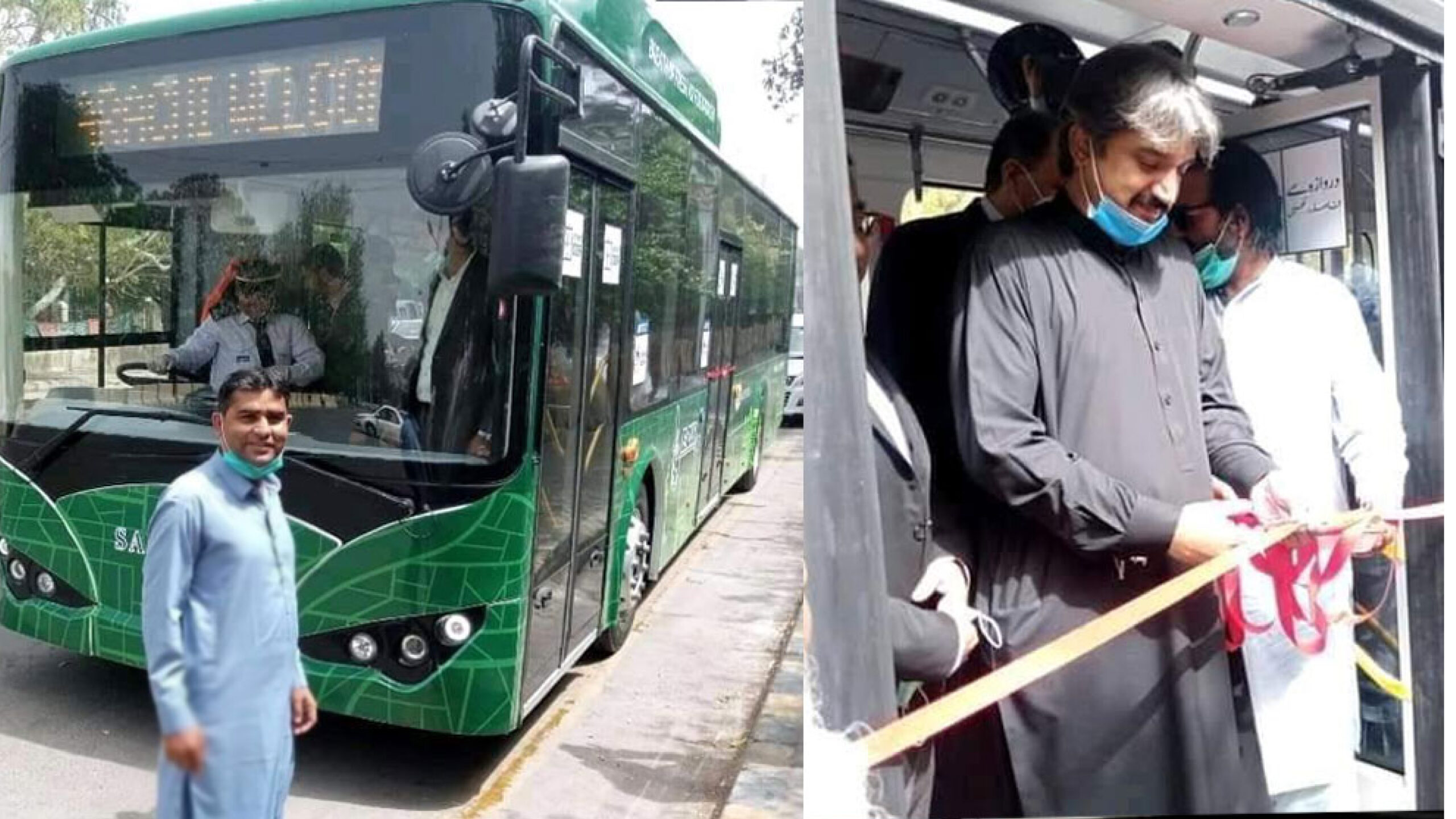 Pakistan got its first electric-powered bus on Tuesday after Sindh government launched the bus in Karachi. Inauguration was done by Sindh Transport Minister, Awais Qadir Shah.

The buses will be completely electrically powered and wouldn’t require fuel for operations, the minister said. The electric buses draw electricity from power grid and then store it in battery for use.

Awais Qadir Shah said, “The provincial government has planned to increase the number of buses each month.” He added that since 2017 the amount of work done by government for developing the transport sector has been insufficient. “The Sindh government will soon issue tenders for 250 new buses.”

He added, “Passengers will have to pay Rs4 per kilometre to travel in electric buses. At the beginning, the electric bus will operate on the route connecting Tower to Sohrab Goth.” The project will commence with 10 bus stops. Sapphire Group’s bus has a capacity of 37 seats.

Federal Minister for Science and Technology Fawad Chaudhry too congratulated the achievement of Sindh government. He tweeted, “The Ministry of Science & Technology is fully behind Sindh govt in this futuristic approach. Hope Punjab and KP will also take the same route ASAP.”

The Pakistani government aims to produce 30% cheaper electricity from various renewable sources of energy, electric bus being a part of that vision. Through green technology, the government is hopeful of raising Rs 10 billion in earning in next few years. Fawad noted that faster Pakistan adopts green technology and use of renewable sources of energy, greater and faster will be its earning.