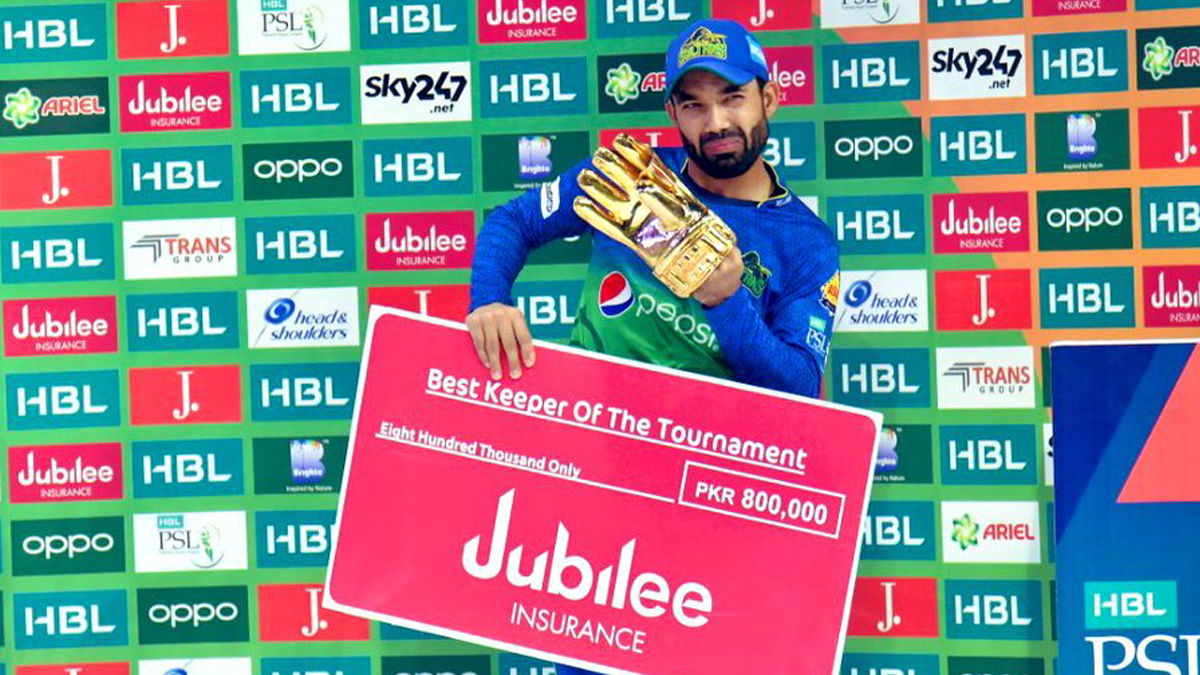 Peshawar Zalmi were outclassed by the Multan Sultans by a margin of 47 runs in the final as the latter clinched their maiden HBL Pakistan Super League crown.

Rizwan added another feather to his name when he became the most successful Pakistani wicket-keeper of any T20 tournament, around the world.

The 29-year-old Rizwan amassed a total of 20 PSL 6 dismissals. These include 18 catches and 2 stumpings from 12 matches.

Multan set a record target of 207 runs in the tournament decider but Peshawar’s reply never got them going. Even though they tried hard, a daunting asking rate of over 10 runs per over proved too much for them.

With this, the Sultans completed one of the greatest turnarounds of the tournament as they started their second leg being fifth on the points table. They had lost four of their first five matches but went on to win four of the next five to end the league stage being in the second position.

They then knocked the Islamabad United challenge in the first qualifier and won the final with flying colours.

He, along with Rilee Rossouw, made his team favourites at the halfway mark. Later, with regular wickets at key intervals, they successfully saw off the Zalmi challenge.

It was the third time in the last four seasons for Zalmi that they faltered in the final. They had high hopes from their openers, especially Hazratullah Zazai, but their stay at the wicket was very short-lived.

Those factors, amalgamated with the lack of a big partnership, resulted in the 47-run defeat for the Wahab Riaz’s side.