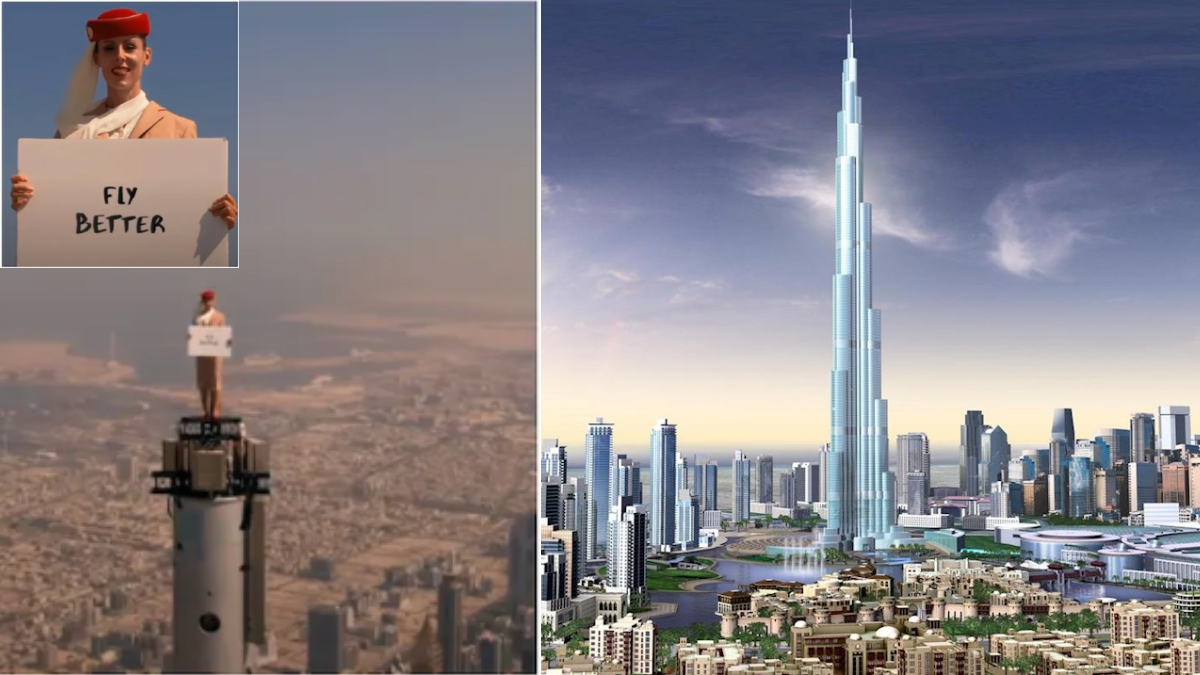 Emirates Airline shared an enthralling video on its social media over the weekend to celebrate the news that the UAE had been moved from the red list to amber.

The video followed the popular content format of holding up cards in the Love Actually-style.

A woman can be seen dressed in Emirates’ cabin crew uniform as she holds up signs sharing how happy the airline is to be taken out of the red list. The camera slowly pans out to reveal her location, where the viewers find out that she is standing on the very top of the Burj Khalifa spire.

The whole city can be seen below, which has given even the bravest viewers weak knees at the thought that she is standing 830 metres above the ground.

The stunt appears so outrageous that many were left wondering if it’s real.

Emirates confirmed that, yes, everything shown in the video was real. Nicole Smith-Ludvik – skydiver and stuntwoman, played the brave ‘flight attendant’. She shared the video on her Instagram account confirming her involvement.

“This, without a doubt, is one of the most amazing and exciting stunts that I’ve ever done. A big shout out to Emirates Airlines for their creative marketing idea! It was an immense pleasure being a part of the team,” she wrote.

In a bid to film the awesome clip, Emirates used a production company with a helicopter, and a drone, with Nicole, asked to stand on the top spire ‘for hours’. The stunt required a vast amount of documents, planning, and safety contingency to go ahead.

Emirates is the largest airline and the flag carrier of the United Arab Emirates. It has occupied the top position on the trends list after it released the new advertisement.