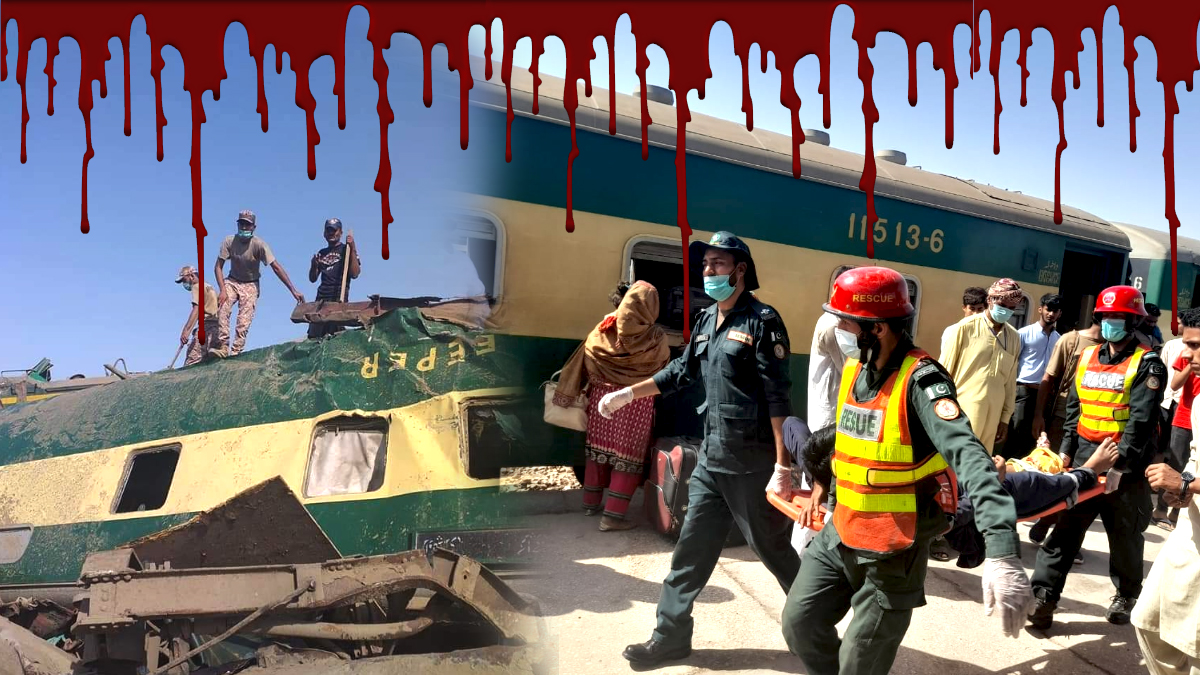 Two express trains have run into each other in Sindh’s Ghotki in which, so far, 35 passengers are reported to have lost their lives and 64 others have been badly injured, say rescue and police officials.

The Millat Express ran off track and the Sir Syed Express train bumped into it soon afterwards, railways officials confirmed. As per media reports, the collision took place between the Obaro and Raiti railway stations.

A rescue operation is reportedly underway at the site of the crash whereas the injured are being shifted to nearby hospitals.

Ghotki SSP Umar Tufail, when contacted, confirmed the death toll and said that the deceased have been taken to surrounding hospitals.

Dr Manzoor Jakhrani, a senior health official, said that the situation is a very serious situation. He said that a total of 32 dead bodies have been found and the toll of those injured is 98, but “the number keeps rising.”

Azam Swati, the minister for railways, confirmed the death toll of 35 but didn’t confirm the number of those who were injured. Swati spoke to the media while being on his way to the collision site. He said engineers and experts were working to ascertain the cause of the collision.

As per railway officials, about 1,100 people were on board the two trains.

The immediate challenge for the authorities is to quickly rescue those who are still trapped in the wreckage.

Mobile phone footage being shown on television showed mangled wreckage on the ground. Several Pakistan railway carriages can also be seen lying on their side.

Pakistan has had a dotted history of train collisions but a little attention has been paid to upgrade the overall system in the recent past. A train traveling between Rawalpindi and Karachi caught fire in 2019 that led to killing dozens of passengers. In 2016, a train collision in Karachi had killed 21 passengers.