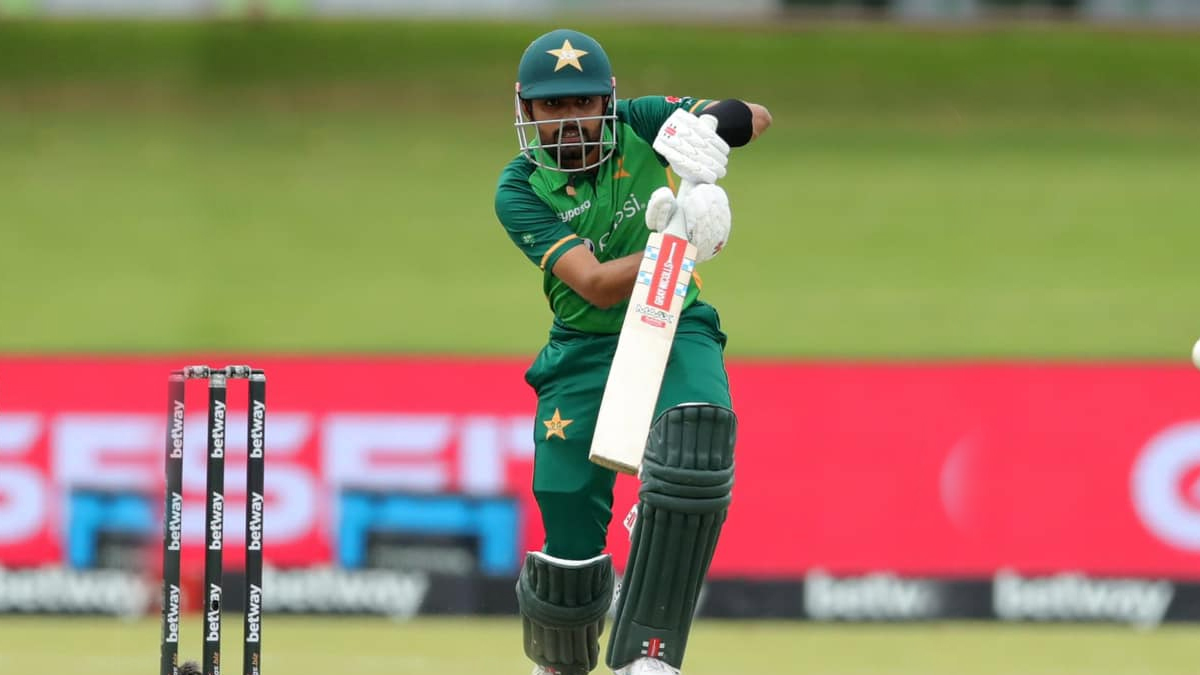 Babar hit 122, which marks his first T20 International century, and classed the hosts with a record opening wicket partnership of 197 runs with Mohammad Rizwan (73 not out) as the men in green chased down a mountainous target of 204 with 12 balls to spare.

The dazzling batting display by the ODI world number one was over when he was dismissed, with only seven runs needed, by Lizaad Williams as he edged a ramp shot off to wicketkeeper Heinrich Klaasen.

This was the only laugh for South Africa in their else off-color bowling display.

Read More | Win against SA to help us go a long way: Misbah

Rizwan hugged his captain as the latter started walking his way back to the pavilion while several South African players came up to congratulate him after his innings.

His innings, having 15 fours and four towering sixes, lasted 59 balls.

South Africa failed to build upon a hard-hitting opening stand of 108 runs between Janneman Malan (55) and Aiden Markram (63). South Africa ended with 203 for five but in the end, it was not enough on a pitch with a reputation for high scoring.

Babar also made the highest individual score by a Pakistani, beating the previous record of 111 not out by Ahmed Shehzad, in 2014, against Bangladesh.

Babar’s previous highest score was against West Indies where he scored an unbeaten 97 in Karachi in 2018.

With the victory, Pakistan now leads the four-match series 2-1 as the last T20I will be played at the same venue on Friday (tomorrow). Pakistan has a good chance to seal the series while South Africa will look to level the contest.