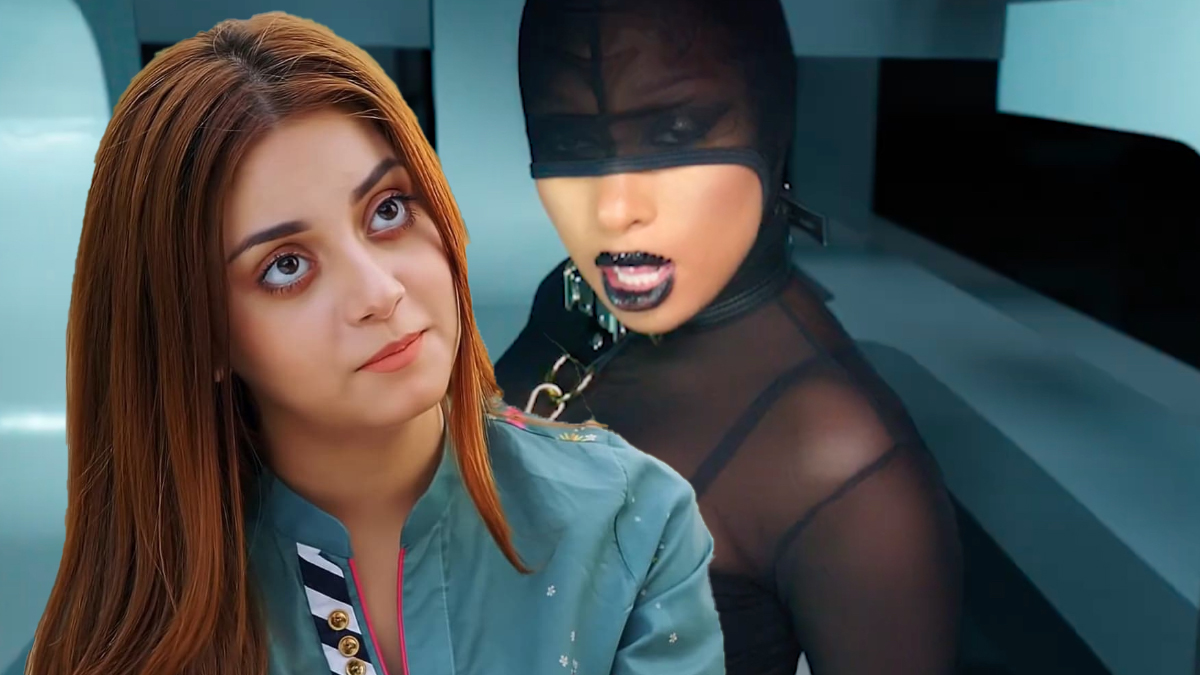 Alizeh Shah took to her Instagram on Monday to share the video that attracted massive applause from her admirers.

The 20-year-old showbiz star has risen to prominence within a short span of time with her acting skills and a happy persona. She has soared the temperature with her grooves to a popular track.

She trended on social media and was praised for choosing a song that is known for its provocative lyrics. In the video, Alizeh looked drop-dead gorgeous wearing a light pink outfit to elevate her beauty in her stunning walk.

Alizeh is loved for her innocent face but she gave a powerful impression with her dance moves in the video.

The 20-year-old was seen recently in Infinix Note 10 Pro Live Unboxing show with superstar Feroze Khan. She dressed in a casual avatar but her dressing choices left several eyebrows raised.

Despite wearing a top that check-marked all boxes of modest clothing, the neckline left people disturbed owing to the fact that it was too low.

She landed into hot waters again for her wardrobe choice that came under scrutiny once again. She got severe criticism and backlash as the keyboard warriors did not hesitate to laugh at Shah for wearing such an outfit. The morality brigade could not resist and shame her choice of clothing. Derogatory comments were all over under her picture with people shaming her over and over.

This is not the first time that Shah got slammed and shamed for her dressing choices. She was recently shamed for a picture where people termed her wardrobe as a “shortcut to cheap publicity”. She responded back with a question “what is wrong with our people?”