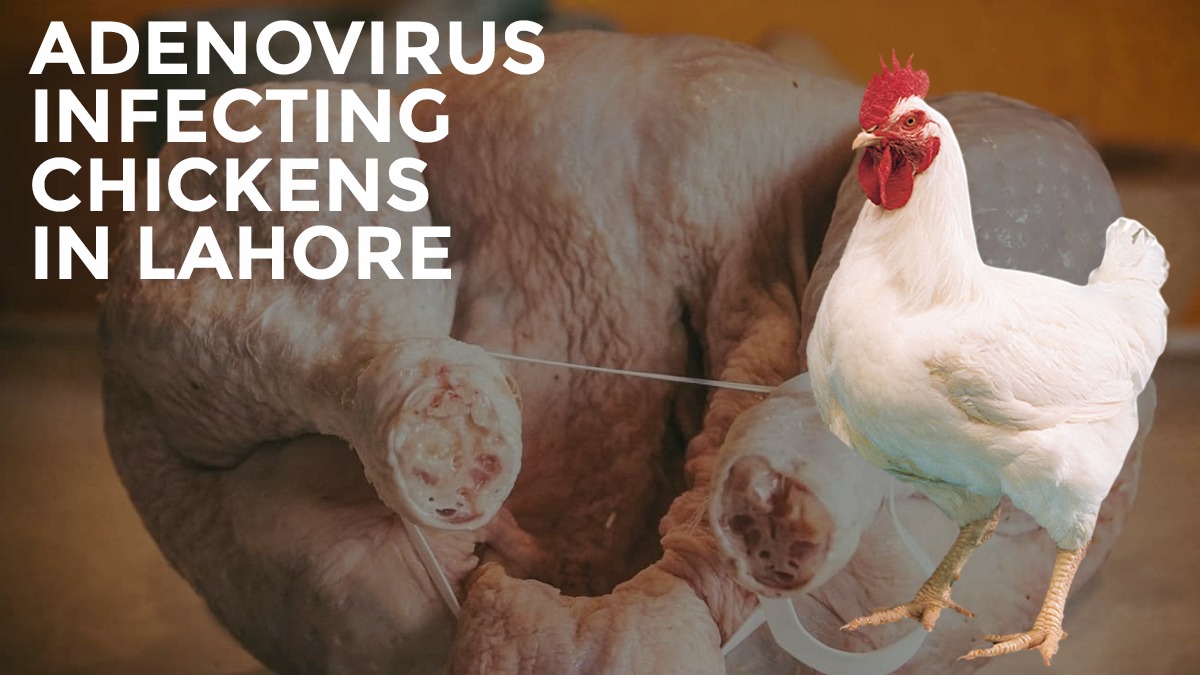 Chickens in Lahore have reportedly started contracting a new deadly virus called “adeno” which is killing about 4,000 of it each day, says Lahore’s Veterinary University in its autopsy report on the birds.

Pakistan has seen a constant surge in the prices of chicken meat since after Ramadan.

The report of this new virus comes after Ranikhet and influenza, which were earlier associated with the price hike of chicken meat.

The Pakistan Poultry Association (PPA), a week ago, said that the Ranikhet disease was a major cause behind the shortage of chicken supply to the market. After PPA raised a flag that higher authorities are doing nothing in this regard, Ranikhet vaccines started to be administered to get the disease in control.

“There has, so far, been no intervention by the government or any association to aid in curbing the disease. In the current scenario, a massive number of chickens have fallen prey to this disease on poultry farms,” said Raja Atiqur Rehman Abbasi, PPA (North Region) Chairperson.

He said that nearly 50% of poultry deaths were because of this disease alone and poultry farmers were forced to shut down after losses.

But now, according to the autopsy report, the new adenovirus is said to attack the chickens’ nervous system which is causing respiratory diseases, due to which the Ranikhet vaccines have become ineffective.

Experts, in the light of this report, have urged citizens to avoid purchasing chicks and buy chickens weighing 2kg or above.

Last year, poultry owners incurred hefty losses due to the coronavirus pandemic, and it had led to many farmers closing their businesses down.

Experts urge the government to take timely steps because if broiler meat is not available in the country, the prices of mutton and beef will rise further.