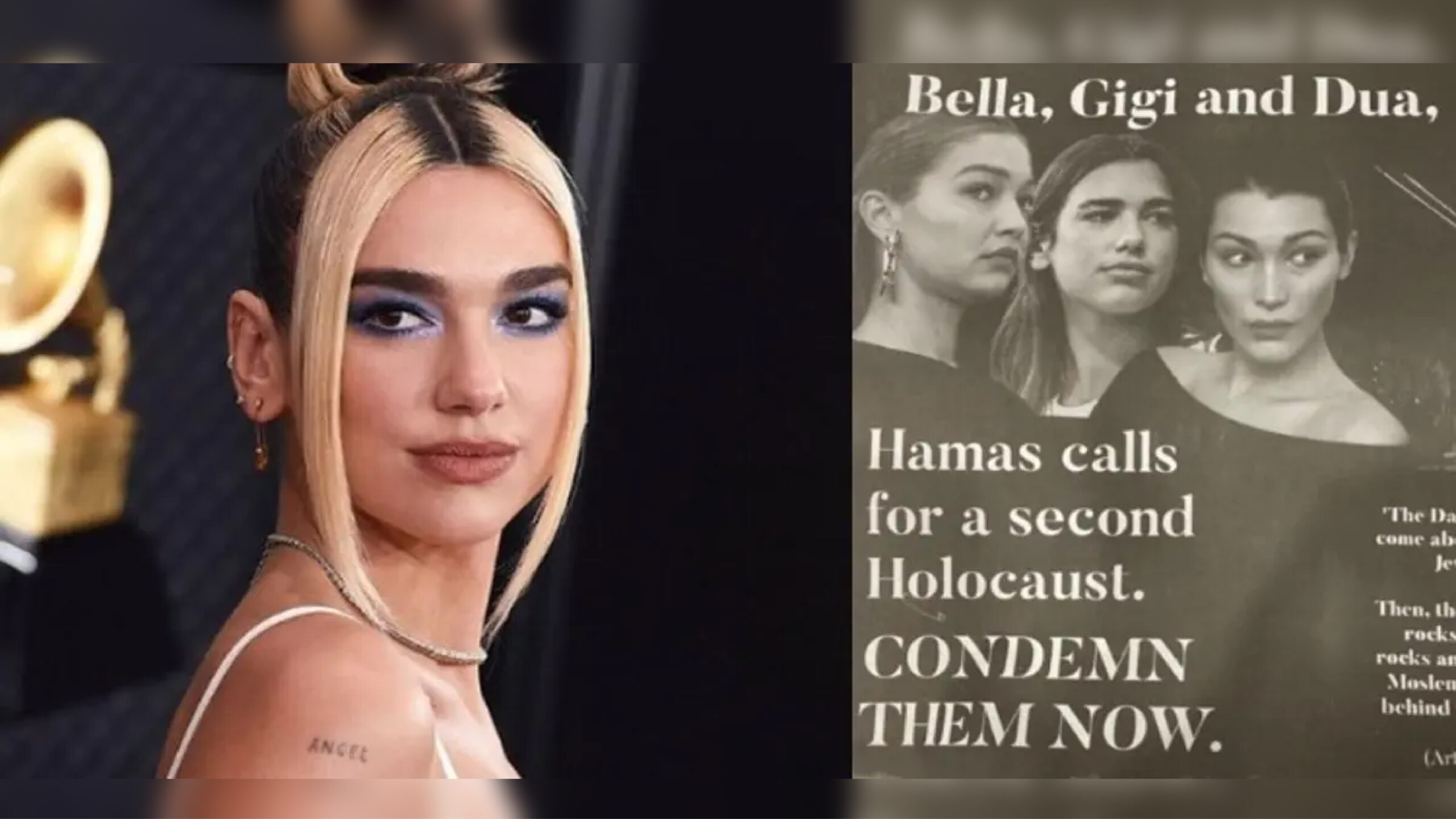 Israel-Palestine issue is burning even after Israel announces cease fire measures and the situation is extended to the point that it has also taken supermodels Hadid sisters as well as levitating singer, Dua Lipa on calves.

The advertisement has the pictures of all the tree personalities and after it was released, many media personalities, experts and journalists came to defend the three saying that the ad was trying to silence the pro-paletinina voices. The grammy winning was visibly upset after the ad that had alleged connections between the three and Palestinian organisation–Hamas.

After the internationally acclaimed media house released the ad, the pop star took to her Instagram to say that she completely rejects these allegations. Hadid sisters have a palestianian background and Dua Lipa is currently dating Anwar Hadid, brother of the Hadid sisters.

They had shown solidarity with the Palestianians after there were attacks on Gaza strip and reports claimed that many died as a part of the attacks done by Israel. The advertisemnst demanded the three to call out Hamas for demanding a second holocaust of the Jews and asked them to condemn these remakrs.

It is important to note that the International media group published the ad which was paid by The World Values Network. For those unknown to the background of this particular network, WVN is owned by a controversial ring wing figure, Shmuley Boteach.  Boteach is known for his disturbing remarks about any issue related to Israel and he is often extremely critical to those criticising Israel.

Both, Gigi and Bella, have been extremely vocal about the situation between Palestine and Israel, which has essentially led many other stars to take a stand on the issue. They have also spoken about the imminent evictions of Palestinian families in neigbourhoods of East Jerusalem and other incidences of violence in the region.

Bella Hadid was even dragged into a false accusation by the Israeli administration which tweeted about Hadid wanting to throw Jews and Israelis into the sea. The model had instead showed support to Palestianian by supporting their chant, “”From the river to the sea, Palestine will be free.”