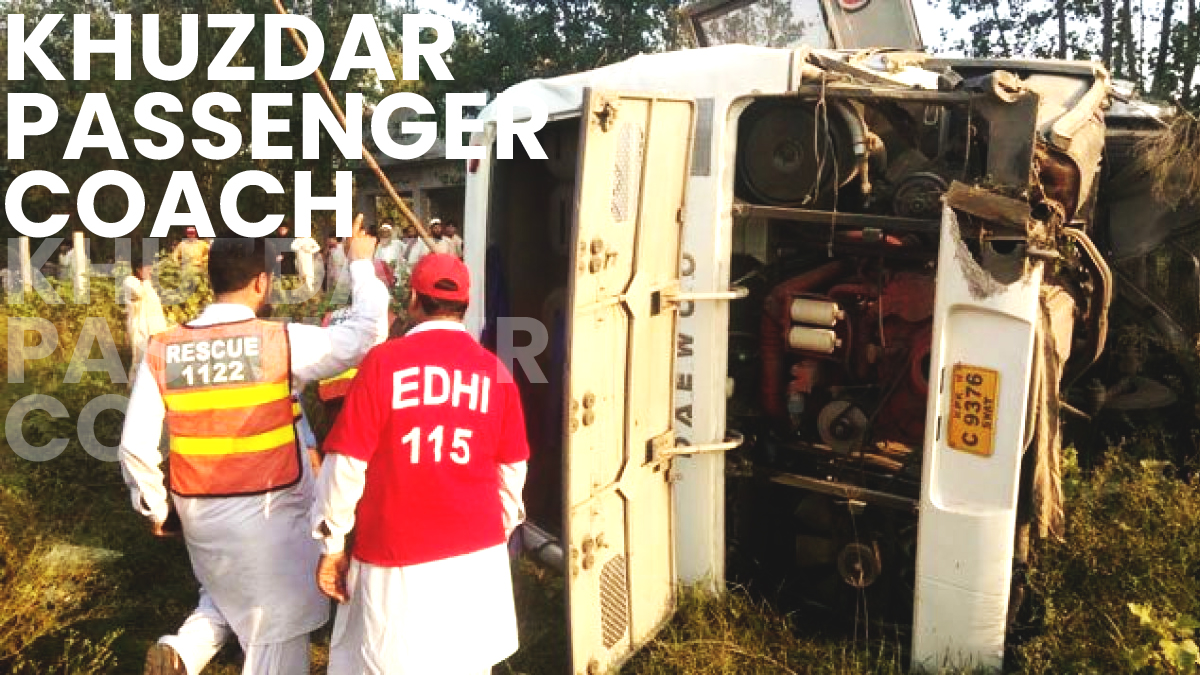 Latest report confirms that 18 people have been killed in a bus accident in Balochistan’s Khuzdar Friday. A report by the local media also added that nearly 30 people were injured during the accident.

The bus was headed for Dadu from Wadh but it met with an accident at Kori, which comes in Khuzdar district of Balochistan. The injured were quickly taken to the nearest hospital by the rescue team officials. Even those who died on the spot were taken to Teaching Hospital in the district when the hospital confirmed them being dead.

The hospital had also confirmed that many of the injured passengers are also critical and nothing can be said of their status for sure. As per sources, the bus seemed to have lost control due to overspeeding and overturned while on curve.

The report went on to describe that 15 people were dead on the spot while the other three were pronounced dead on arrival by the hospital staff.

Further details about the accident are yet to be revealed however, the rescue team confirmed that all the passengers have been retrieved and the action forces will take necessary action against the driver.

This is especially concerning given the fact that not long ago, another bus accident killed at least six people leaving 30 injured. On May 31, a passenger bus overturned after skidding off a bridge in Khanewal region of the Punjab province. The series of accidents raise several questions on road and transport management authorities. A lot of road accidents are taking place in Pakistan and most of them are due to careless driving or bad roads. Not only should the bus companies, be it private or government bodies, should address the issue but the road management should also look after the duly maintenance of roads